Look Up, Look Down challenge hosted by Travel With Intent.January 2015 - Las Vegas NV 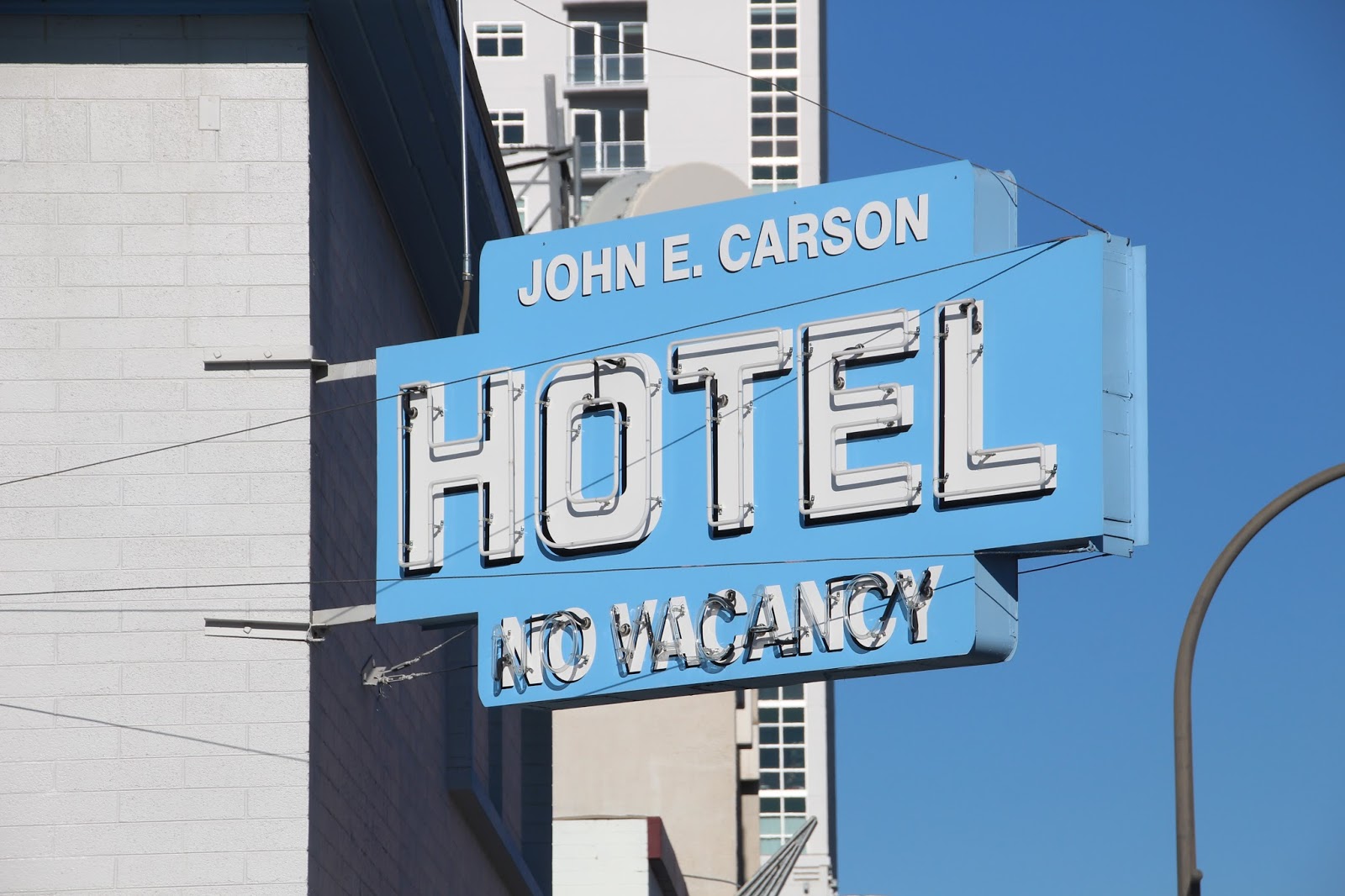 The renovation of what was once a 65-room hotel, circa 1955, is the pride and joy of the Downtown Project, which bought the 19,000-square-foot building in 2012. Zappos CEO Tony Hsieh is the force behind Downtown Project, a $350 million initiative to cultivate startups and new businesses in downtown.

And then, there’s the juiceman — Shane Stuart — fashioned a cozy 380-square-foot nook of a juice and smoothie bar, Grass Roots.

Ahuja, Bunch and Stuart are all small-business owners in downtown Las Vegas’ newest commercial hub — the rehabbed former John E. Carson Hotel at South Sixth Street and Carson Avenue, not too far from Container Park and down the block from the popular La Comida Mexican restaurant. 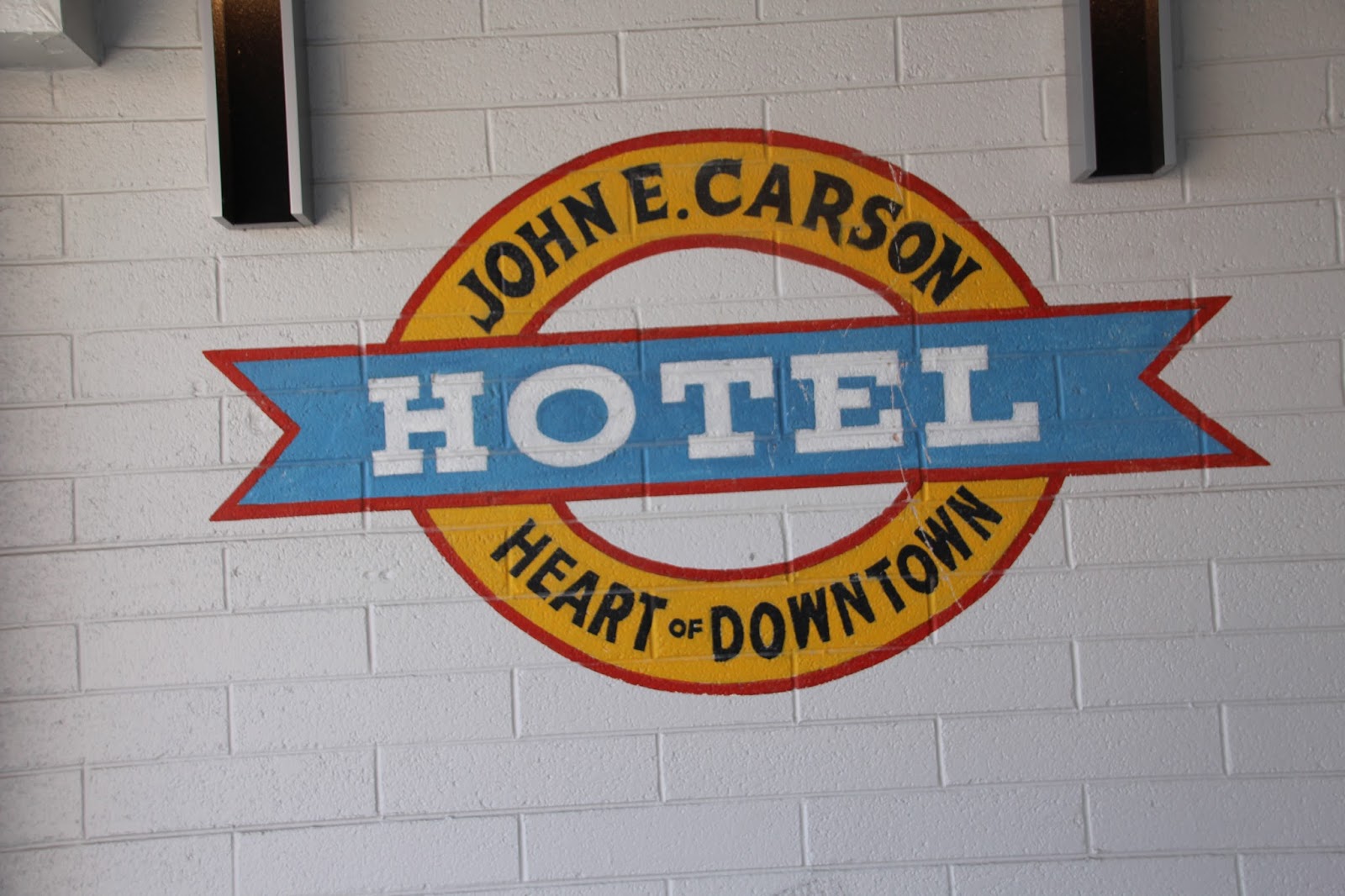 Posted by Jackie McGuinness at 1:35 PM