The first mural created is located by the Gazebo. Three female interns were hired to create this mural by interviewing the Grove City Historical Society and then asking for help from the community to paint squares of canvas. The interns set up shop in a local home and sketched the mural and then had people from George Junior, the nursing homes, and schools come and paint individual canvases which were later put together like a puzzle. This mural is more whimsical in its design aesthetic and is filled with bright colors that pop against the neutral colored buildings. 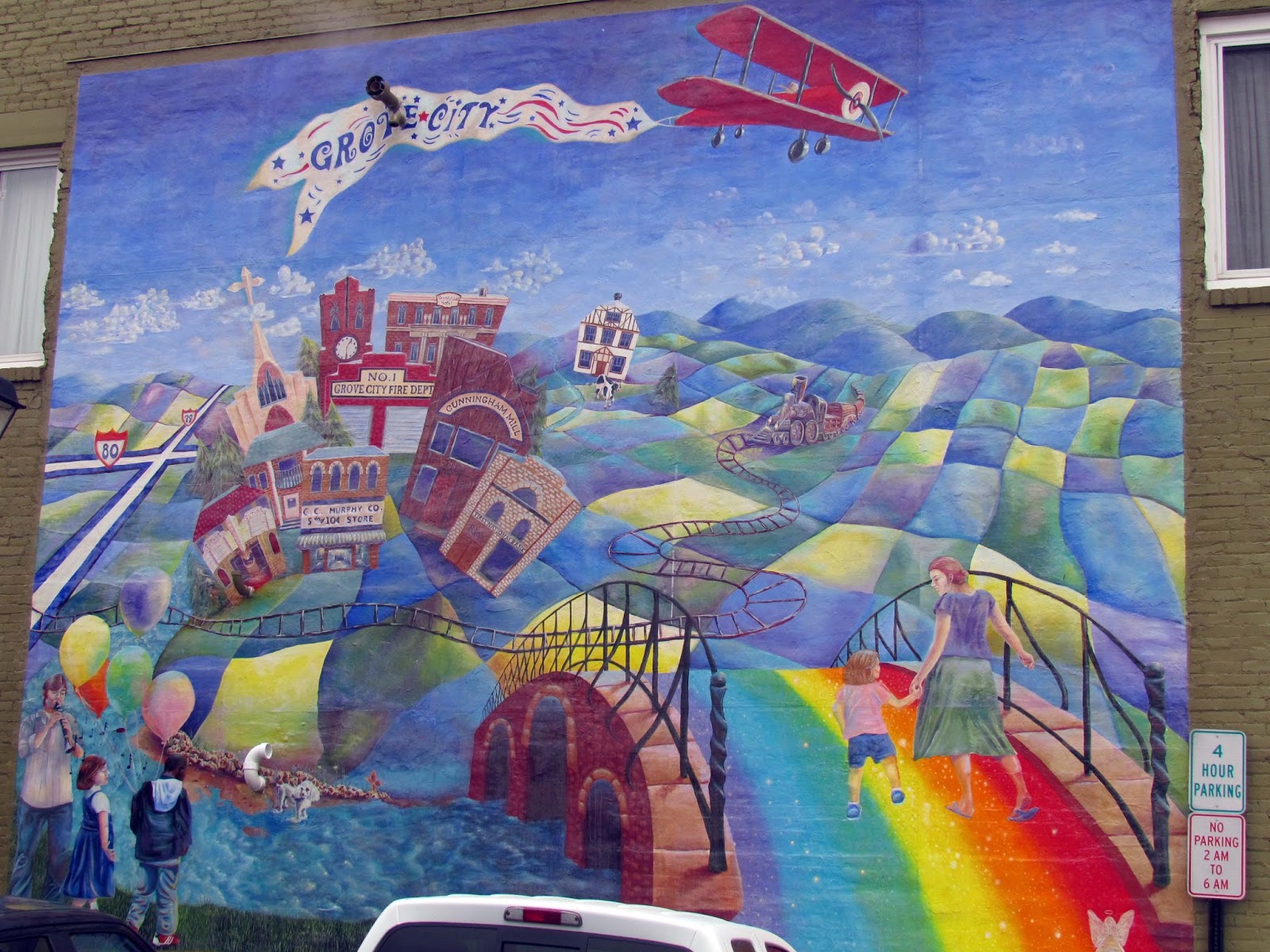