This 1920’s building used to be one of Coca Cola’s bottling locations in Charlotte.
The sign is a modern reproduction of the original, and spells “Charlotte Coca Cola Bottling Co.” along with
an image of the iconic Coca Cola bottle. 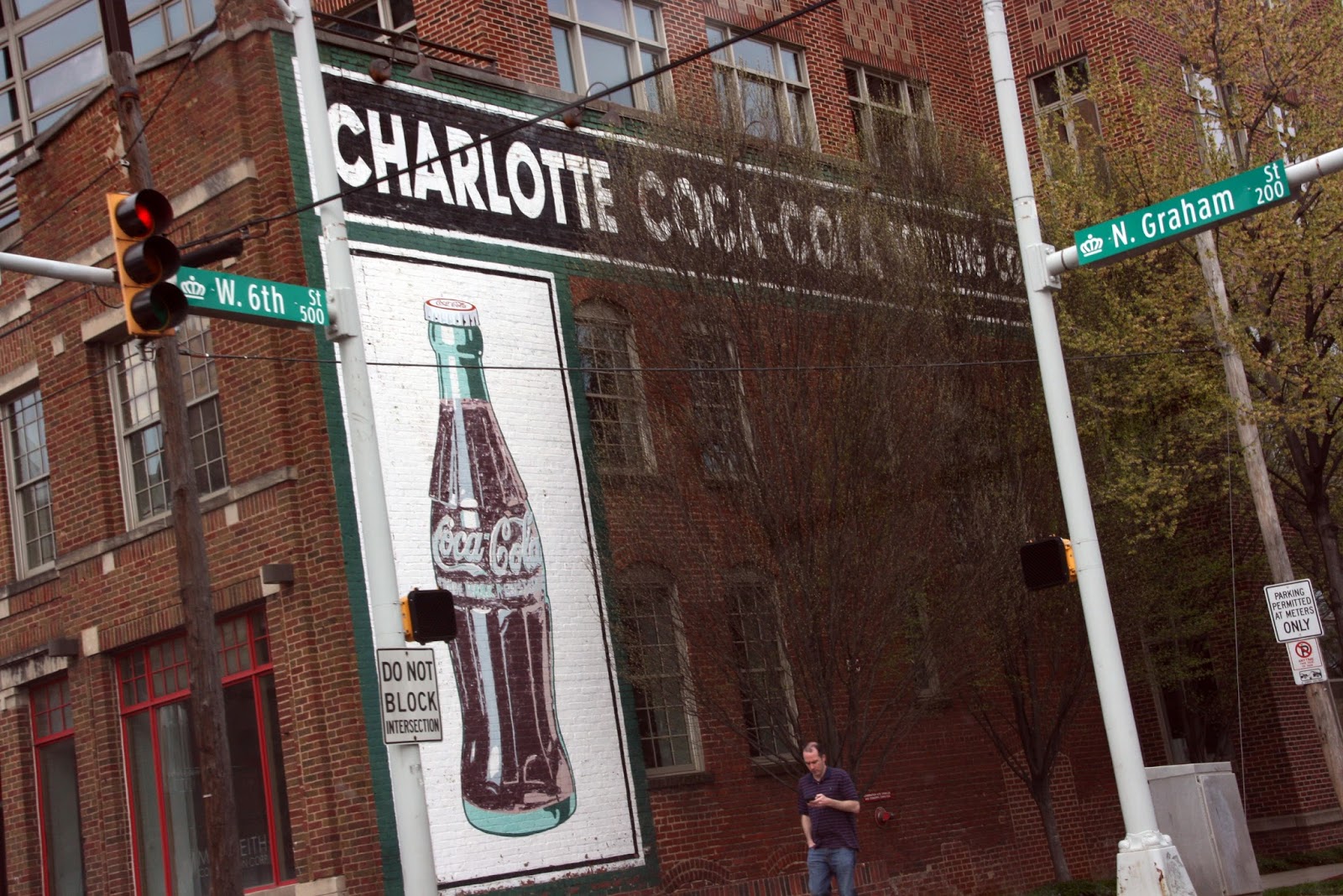 Coca Cola has an interesting web site.
Posted by Jackie McGuinness at 1:38 PM