The silos were built in 1928 to store malt for the Canada Malting Company. It was an important work of industrial architecture, as grain elevators had long been built out of wood, and thus were at great danger of fire. The concrete malting towers were an innovation, and the stark functionalism of the prominent building was an early influence on modernist architecture. A round office was added in 1944 and glass office was built in the original construction in 1928. The main silos, 15 in all, are 120 feet (37 meters) high and additional storage bins built in 1944 are 150 feet (46 meters) high. 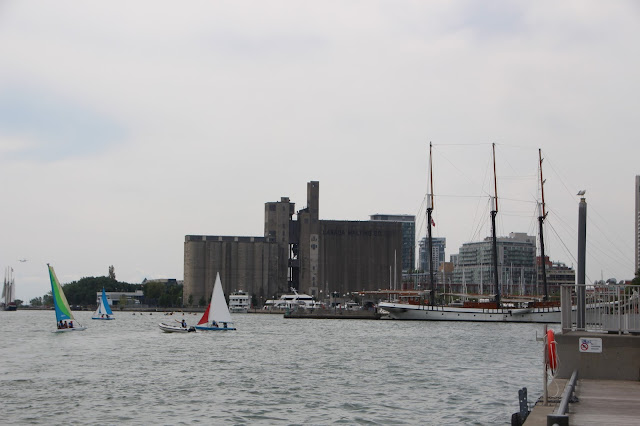 It was abandoned in the 1980s and destined for demolition, but it was designated a heritage site by the city of Toronto. 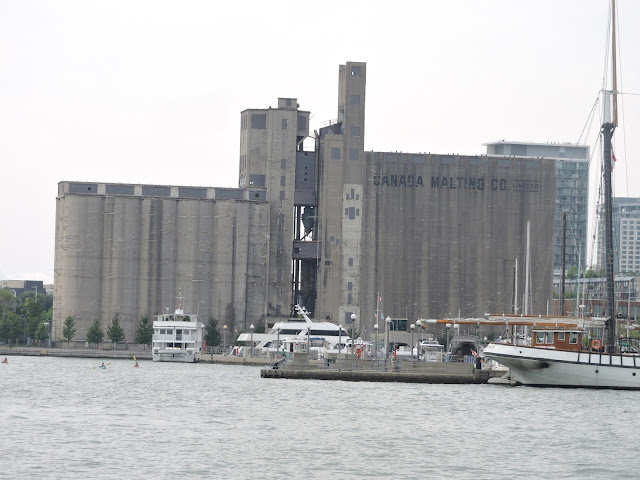 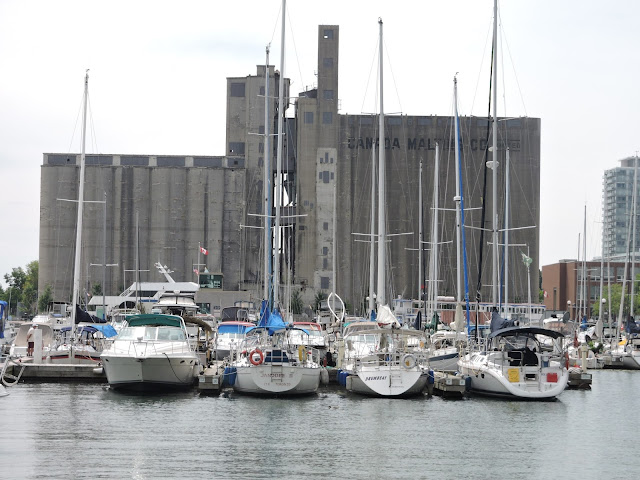 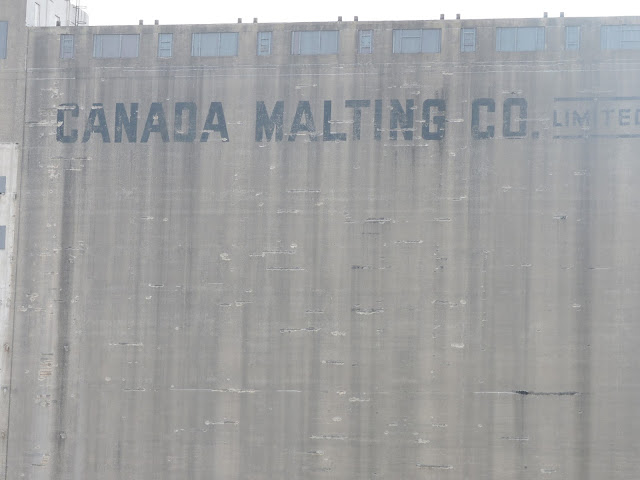 You can read more about Ireland Park here. We went back this week to get a photo to show how it towers over the sculptures. 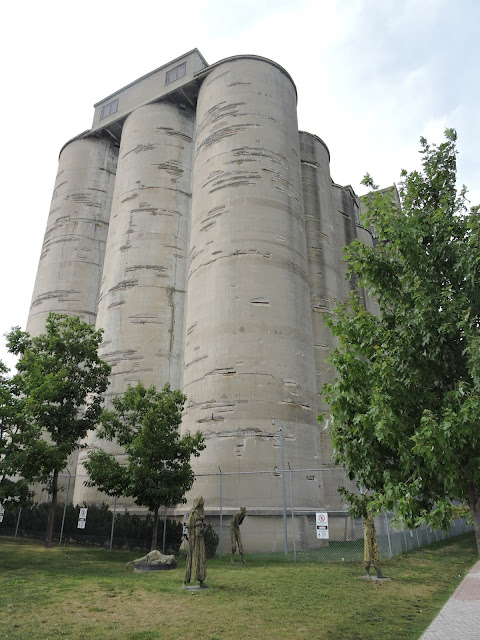