This was taken as we drove from Toronto to Las Vegas for the winter.


This is in Canute OK the motel is circa 1960, built by former cotton farmers. A postcard from that time states: 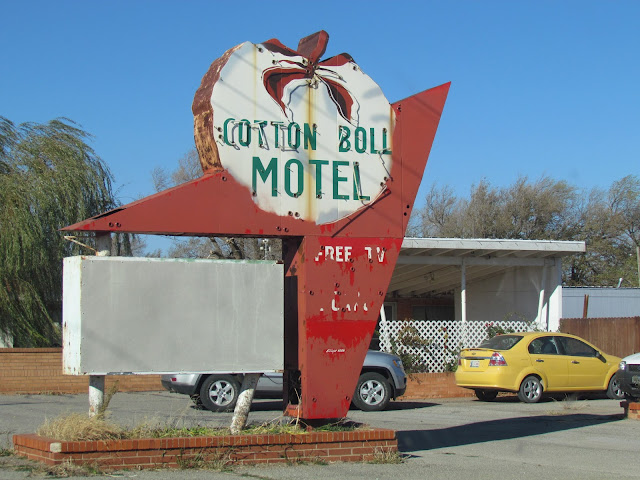 Canute was established in the early 1900s and located on the now-defunct Rock Island Railroad. Following the advent of the automobile, Canute became a popular stop along U.S. Route 66 and a large number of tourist businesses including gasoline service stations, motels and restaurants. However, when Interstate 40 bypassed the small village to the north in May, 1970 and received only one exit from the freeway, the local economy went into a decline due to the bypass and the concurrent closure of nearby Clinton-Sherman Air Force base at Burns Flat, leading most of those businesses to shut down.
Posted by Jackie McGuinness at 12:30 AM