I did a lengthy feature on Islington Village of Murals last week. Click here to see it. There are 25 murals in a five block area.

While there I also found some other murals.


A specially commissioned poem by Dionne Brand, City of Toronto’s Former Poet Laureate, - has been painted onto the 1000 square foot wall in an alley for the Art Alley Mural Project unveiled in October 2010.

Article 13 for the theme of the mural - “Everyone has the right to freedom of movement.” 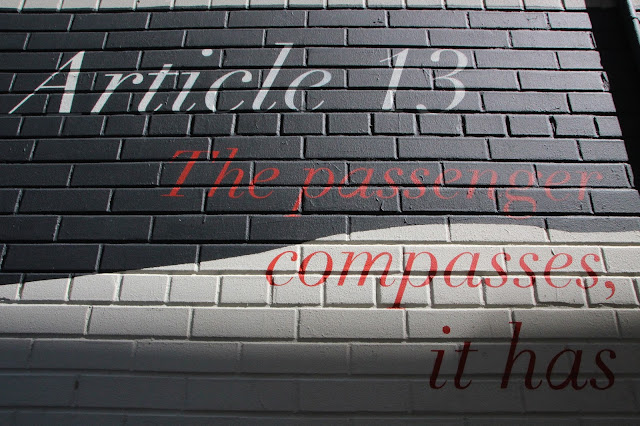 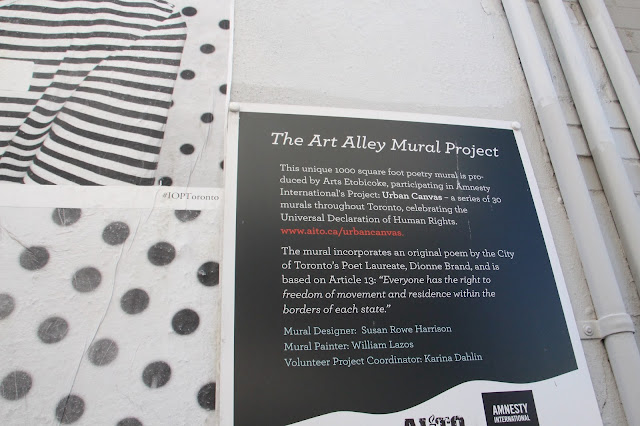 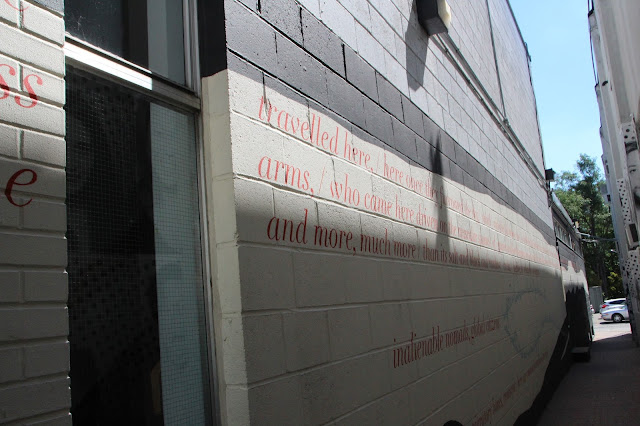 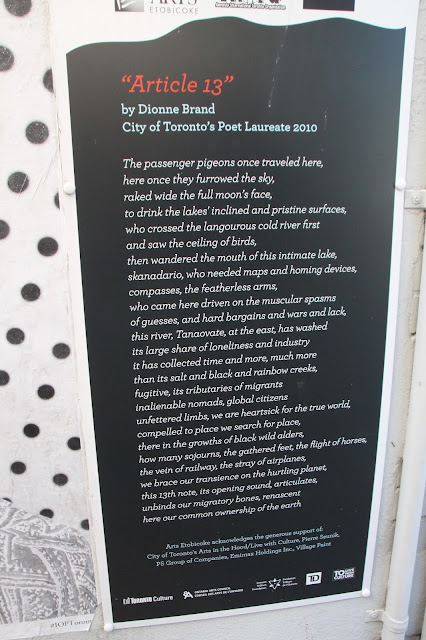 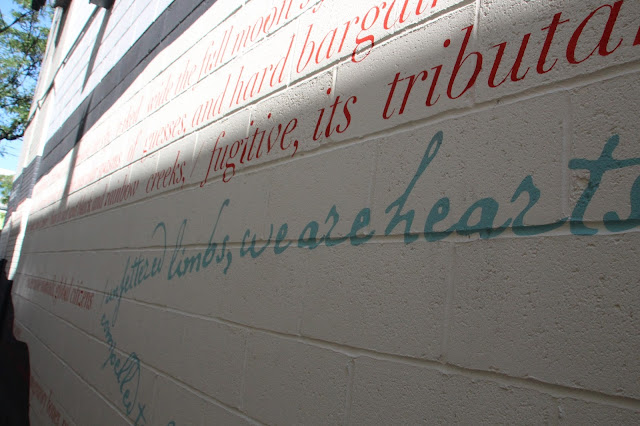 THE POEM
Based on Article 13 from the Universal Declaration of Human Rights:

Article 13
by Dionne Brand, City of Toronto’s Poet Laureate
The passenger pigeons once traveled here,
here once they furrowed the sky,
raked wide the full moon’s face,
to drink the lakes' inclined and pristine surfaces,
who crossed the langourous cold river first
and saw the ceiling of birds,
then wandered the mouth of this intimate lake,
skanadario, who needed maps and homing devices,
compasses, the featherless arms,
who came here driven on the muscular spasms
of guesses, and hard bargains and wars and lack,
this river, Tanaovate, at the east, has washed
its large share of loneliness and industry
it has collected time and more, much more
than its salt and black and rainbow creeks,
fugitive, its tributaries of migrants
inalienable nomads, global citizens
unfettered limbs, we are heartsick for the true world,
compelled to place we search for place,
there in the growths of black wild alders,
how many sojourns, the gathered feet, the flight of horses,
the vein of railway, the stray of airplanes,
we brace our transience on the hurtling planet,
this 13th note, its opening sound, articulates,
unbinds our migratory bones, renascent
here our common ownership of the earth
Posted by Jackie McGuinness at 4:22 PM