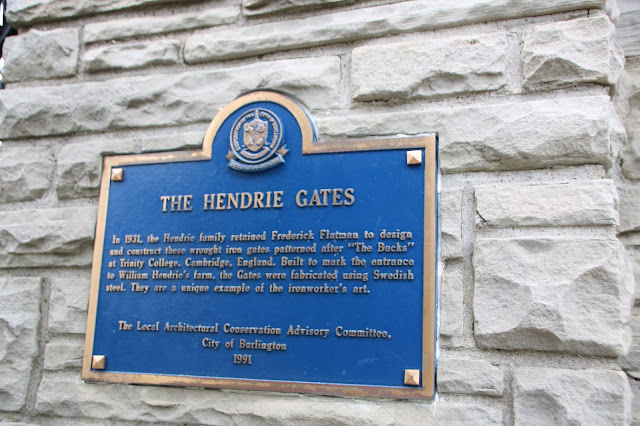 The Hendrie Gates are located at the entrance to the Scented Garden in Hendrie Park in the Royal Botanical Gardens.The Hendrie Gates commemorate William Hendrie, who was born in Glasgow, Scotland, in 1831, and emigrated as a young man to Hamilton, Ontario, where he established a successful business hauling freight between the new railway lines and local shippers and receivers. 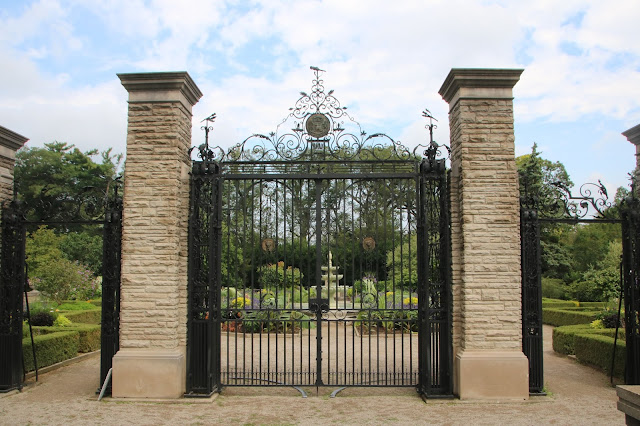 In 1931, to celebrate the centenary of Hendrie’s birth, the family gave 122 acres of his historic breeding farm to the Royal Botanical Gardens. Hendrie’s family commissioned Frederick James Flatman “to design and build a magnificent set of wrought iron gates, to be used in constructing an entrance marker to Hendrie Park”. Flatman was a master craftsman ironworker who had apprenticed in England. His design was adapted from the gates to “The Backs” at Trinity College, Cambridge, England. 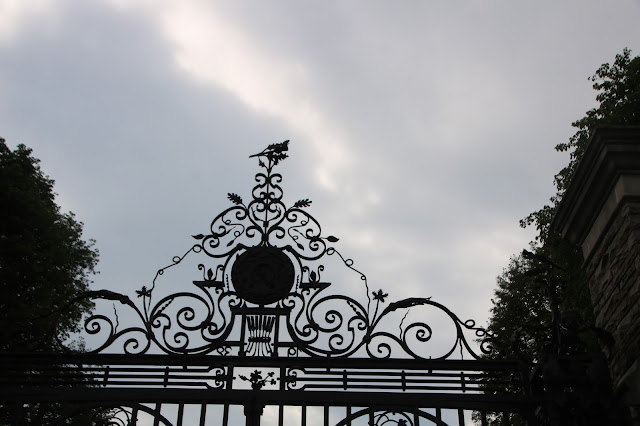 Flatman embellished the Hendrie Gates design with symbols appropriate to our New World setting: a sheaf of Durham wheat, a cluster of Ontario grapes, and a horseshoe. The craftsmanship of his wrought iron work is distinguished; and he also supervised the proper hanging of the gates, “so that a child may easily open and shut them with one hand”. 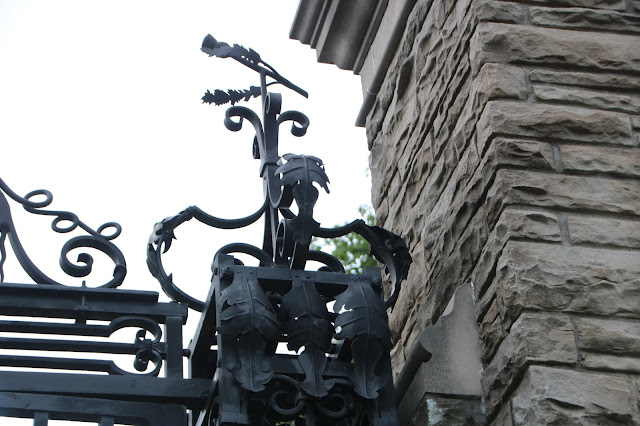 This was a smaller set of gates leading out of the scented gardens. 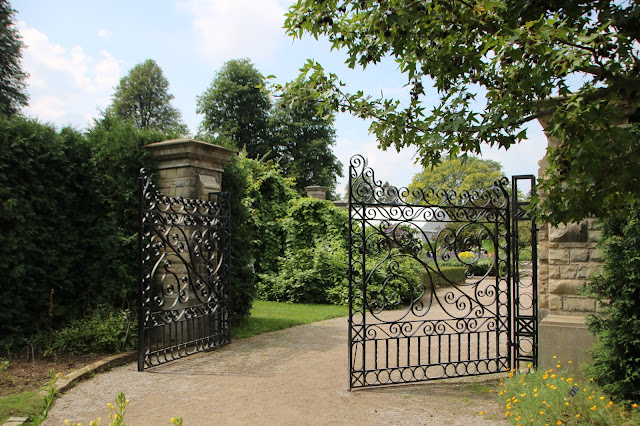 Information above found at the Burlington Historical Society's website.
Posted by Jackie McGuinness at 1:00 AM