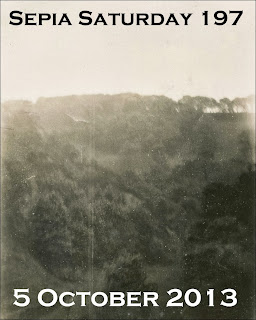 197 : We have all taken photos that are, shall we say, less than perfect. We celebrate these in SS 197 : the pointless photos, the blurred photos, the photos that would have been better left unprinted. But sometimes they tell a powerful story all on their own.

This is going to be an easy challenge to find a photo that would have been better left unprinted...my parents took photos (not a lot)  but more times than you can imagine heads were chopped off!!

I am guessing this is Montreal around 1960.

This wasn't taken by either of my parents as they are both in the photo along with my sister, my cousin and an aunt and uncle. I would guess that the photo was taken by my cousin's Dad. Maybe I took it, but not likely that I would have been allowed to touch a camera.

What is my cousin saying? What is my uncle doing on the left, at first I thought he was blowing up balloons but now I wonder if he was lighting a cigarette. It is amazing to see my aunt smoking.

What are those two tiny pictures doing on that big expanse of wall???? We must be visiting one of my aunts as this is not our house. 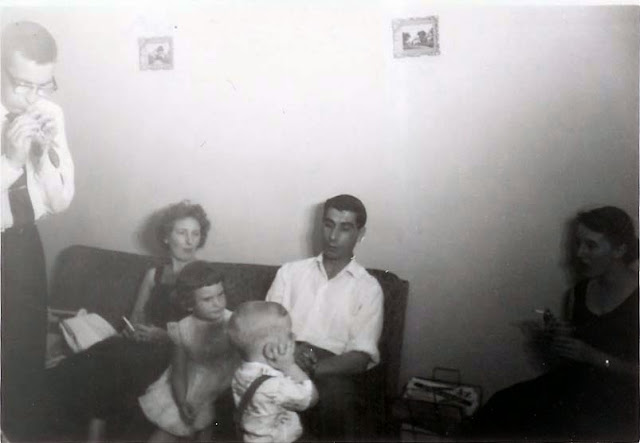