Tom the backroads traveller hosts this weekly meme.
Travel Tuesday
Image-in-ing
My Corner of the World
Postcards
Toronto ON
This is an Toronto Archives photo of the northwest corner of Dundas and Yonge.
Taken in the 1950s, it was a Bank of Nova Scotia branch.
In 1890, a building on the site was occupied by T. D. Ball and Company, “gent’s furnishings.” In 1925, a United Cigar Store was on the corner, and remained on the premises until 1950. In that year, the Bank of Nova Scotia constructed the present-day building and shared the premise with the United Cigar Store and Coward Clothing Store. Eventually the bank occupied the entire building and renovated the premises, placing the huge crest above the door on the east façade. It remained a functioning bank into the 1990s. 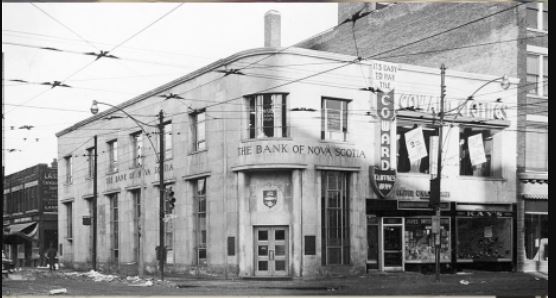 It still stands today. It has a red door and is a Rogers mobile location. I need to go back and get a photo of the BNS crest.
Click on photo to enlarge. 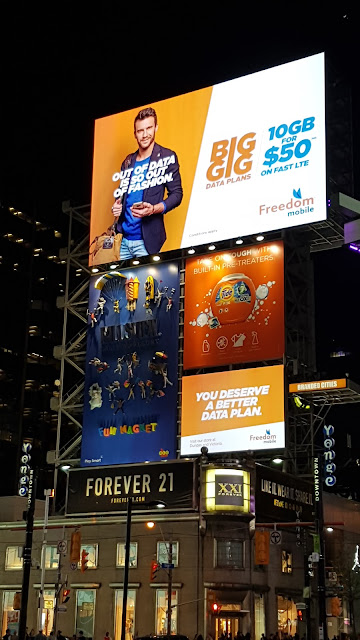 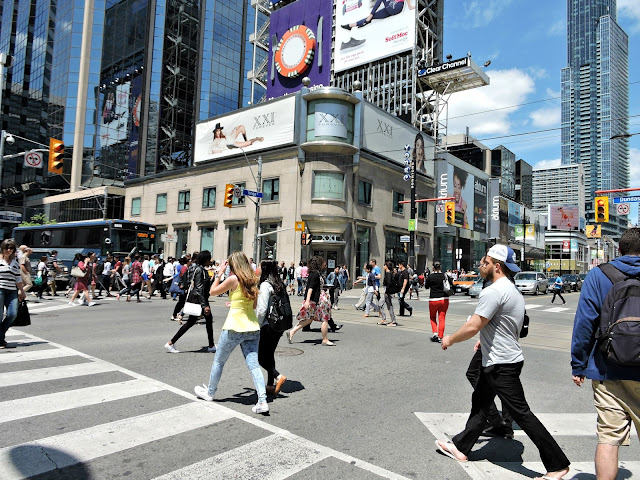