Billy Goodkat is the mad Irish genius behind much of the exceptional spray painted imagery you’ve seen on storefronts and alleyways all over Owen Sound. He’s also a community focused individual with a great passion for cultivating artistic talent in others. A Belfast man originally, Billy made his way to Owen Sound in 2011 in the pursuit of love.
He’s been the mastermind behind a few high profile installations such as Artists' Alley, involving local students as well. “Artists' Alley” is between the Bleeding Carrot and the Milk Maid. This partnership between Billy, Community Foundation Grey Bruce, and the Artist’s Co-op saw him mentoring local students and encouraging their artistic growth. Not shy about his passion for inspiring others, especially youth, Billy says: “People don’t realize how much ability they have, if you show them a few techniques, they waken to the fact that they can do it. Someone might say they can only draw stick figures, I guarantee that given an hour you can show them they can draw a great portrait.”

Dr. Cobbler’s on 2nd Ave East is another arresting piece, and it represents his first effort to require scaffolding. Says Billy: “I used to have a fear of heights, then I went up there and I was fine.” Main street is a better place for Billy having conquered his fear as the work on the 2nd storey is very lovely. Vibrant swaying peacock feathers overlay two distinct black and white patterns – give it a good look next time you’re downtown, you’ll appreciate it.
Check out this amazing store in my Owen Sound post. 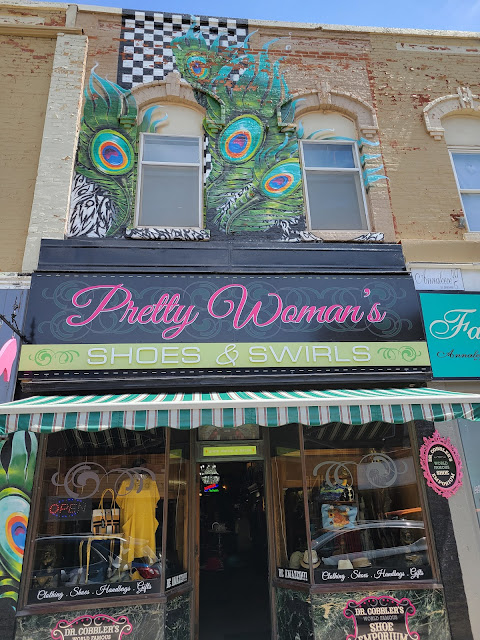 He also did the store next door. 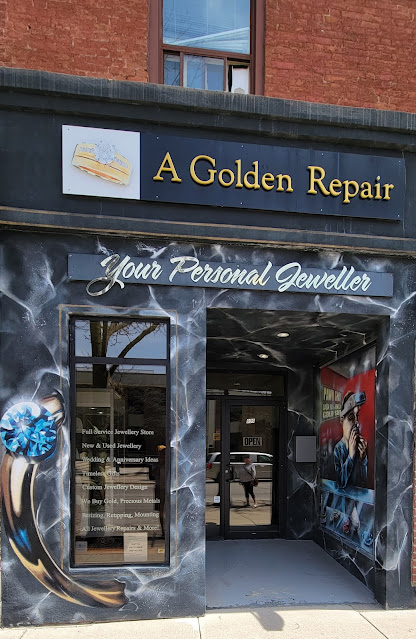 High school students from West Hill, OSCVI, and St Mary’s spent many of their afternoons working alongside graffiti artist Billy Goodkat to create this mural. The theme of this painting is the Mexican word “VIDA”, which means life.