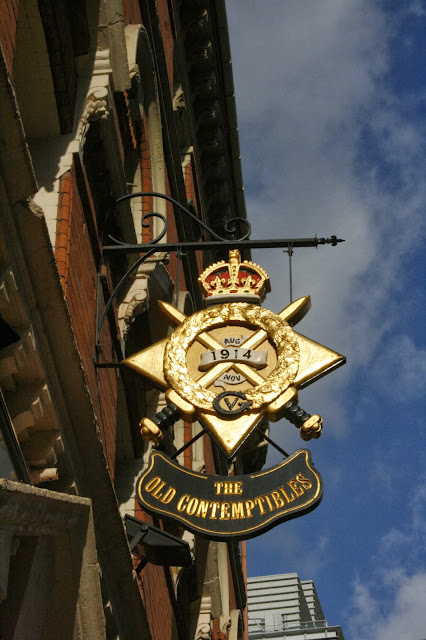 Its name is a tribute to the British Expeditionary Force led by General Sir John French in the First World War, which suffered heavy casualties in holding up the German advance at Mons.

After Kaiser Wilhelm II ordered his soldiers to “exterminate the treacherous English, and walk over General French’s contemptible little army” the nickname stuck to those members of the British Expeditionary Force. There are murals on the wall above the bar giving a nod to the establishment’s namesakes.

Posted by Jackie McGuinness at 3:00 AM