I have a fascination with old roadside motels which are a dying breed as the chains keep buying up the properties. I am going to feature some photos of motels here over the next few weeks.

Today's hotels tend to be grouped along with chain restaurants around a highway exit making it easy for travellers to pull off and on without wasting time.
I do prefer to stay in these more upscale hotel chains that have free wi-fi and breakfast though!!

Below is the Wikipedia description.
A motor hotel, or motel for short (also known as motor inn, motor court, motor lodge, tourist lodge, cottage court, auto camps, tourist home, tourist cabins, auto cabins, cabin camps, cabin court, or auto court), is a hotel designed for motorists, and usually has a parking area for motor vehicles. Entering dictionaries after World War II, the word motel, coined in 1925 as a portmanteau of motor and hotel or motorists' hotel, referred initially to a type of hotel consisting of a single building of connected rooms whose doors faced a parking lot and, in some circumstances, a common area; or a series of small cabins with common parking. Motels are often privately owned, though motel chains do exist.

As the provincial highways and the United States highway system began to develop in the 1920s, long-distance road journeys became more common, and the need for inexpensive, easily accessible overnight accommodation sited close to the main routes led to the growth of the motel concept. Motels peaked in popularity in the 1960s with rising car travel, only to decline in response to competition from the newer chain hotels which became commonplace at highway interchanges as traffic was bypassed onto newly constructed freeways.


What better place to start than with Route 66 motels!! Route 66 still has many treasured signs along the Mother Road. 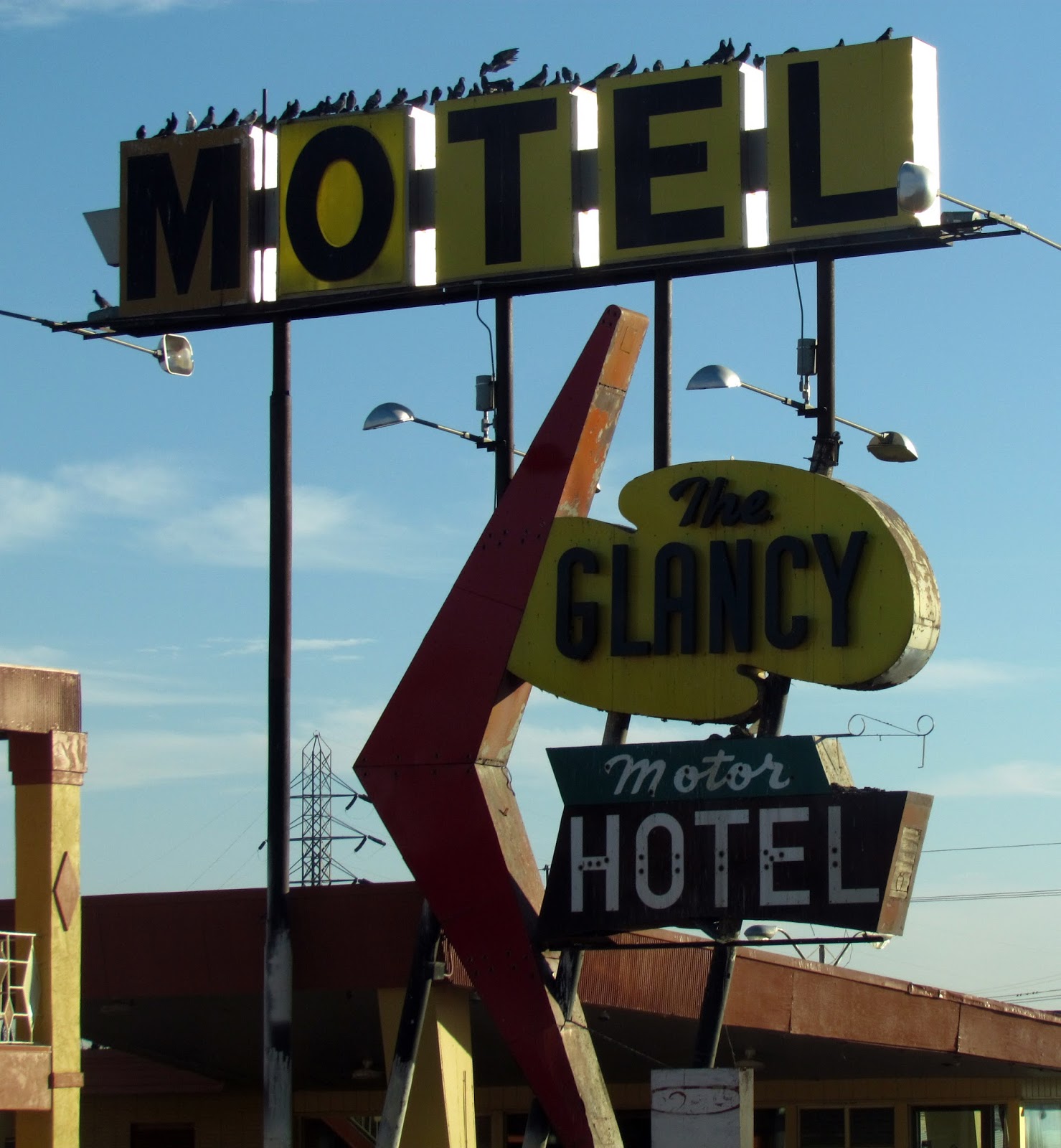 The Glancys had married in 1925, farmed for a year down the road in Foss, and then moved to Clinton. They ran a carnival, fruit stand, restaurant, grocery and a filling station.When they realized that motel owners took in more cash in one night than he could earn in a week with all his businesses, he rented the Clinton Courts south of town.

Posted by Jackie McGuinness at 8:23 AM