UPDATE: My plan is to post our plans on Sunday and then re-post the following Saturday with updates.
I'm not sure how long my good intentions will last but definitely this week forced me to reconsider our leftovers and make a conscious decision to use up the food. Therefore we have had the chili three times, in the past this might have gotten frozen for lunches but since we are in a rental condo for only another five weeks we are trying not to freeze items.

I'm going to give meal planning a try. I have always more or less planned meals in my head but perhaps in putting it in writing I can reduce our grocery spending.

This will be a little different than if we were in our own home as we are in Las Vegas for a couple of months so I do not have my pantry staples available so may have to either not make certain meals or else buy the staples that would normally be on hand.
i wouldn't normally list the contents of my fridge or freezer but there is  so little in there but it needs to be managed as mentioned below.
Nor do I have my cooking utensils or appliances such as my crockpot or breadmaker. So our initial meals until we go home may seem uninspired.
For instance we had to buy a potato masher when we moved into the LV condo.
I made the turkey pot pie with a boxed pastry mix (over $2) without my measuring cups or rolling pin. A cold bottle of club soda served as my rolling pin.

Our Christmas turkey will be the base of our soup pot this week. He is currently simmering away on the stove. He served us well, he was a  ten pound Butterball on sale for $11. We had him Christmas day, Boxing Day he was served as hot turkey sandwiches, then he became a turkey pot pie for dinner and a lunch.


I also will not be baking very much as I don't have a mixer.

There will be lots of soups as we really don't want to be eating processed foods for lunches.

Also, we are in Vegas so there will be more meals than normal eaten out.

We also don't want to stockpile freezer items or perishables as we are only in the condo until mid February when we go to Mexico for two weeks. We will have a condo there also so we will be cooking meals but again with limited resources.

Where I have left blanks I will repost at the end of the week with updates.
I am not including breakfast as we usually have juice, grapefruit, cereal and/or store bought pastry. 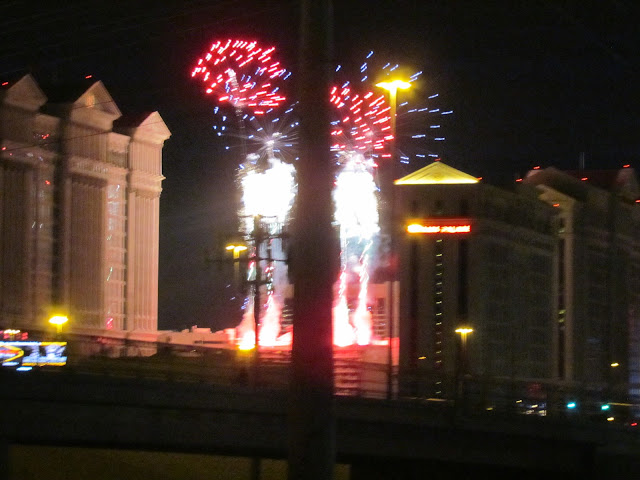 
Wednesday  - originally we were going to have tuna sandwiches but the roast pork was sitting in the fridge.
Lunch  - leftover roast pork sandwiches
Dinner - same as Tuesday


Thursday movies - originally the plan was for Nathan's hot dogs at the movies but we had the pork...
Lunch - leftover roast pork sandwiches
Dinner or Lupper - TGIF at Gold Coast DH Dragonfire chicken and I had 8 oz flat iron

Friday - originally I was going to make the chicken a la orange but since there was still chili, salad and biscuits... we had to buy some additional items for the salad.
Lunch - late breakfast of sausage sandwiches (bought on sale and frozen)
Dinner - chili with salad and biscuits; the leftover chili has been frozen for a later dinner or lunch

Saturday
Lunch - we just munched on whatever as we ate a late breakfast of sausage (needed to finish the package) on English muffins (were bought earlier and frozen) - delicious
Dinner - Chicken a la orange with rice, salad and garlic bread. $3 worth of chicken breasts. Garlic bread 2 for $5.


Posted by Jackie McGuinness at 4:59 PM