We first had this dipping sauce for shrimp in the 1980s in New York City at a chain called Beefsteak Charlie's.


Beefsteak Charlie's marketing concept emphasized an all-you-can-eat shrimp and salad bar, as well as unlimited beer, wine, or sangria. Early 1980s advertising featured an actor in early 20th century dress playing the role of Beefsteak Charlie, later joined by his nephew "Beefsteak Chuck." Two of the chain's famous indulgent slogans were "I'll feed you like there's no tomorrow" and "You're gonna get spoiled.

Once we got home we made it our own recipe and have been making it ever since.

We mix ketchup, horseradish and some lemon juice and let it sit for a few hours.

Would also be good with chicken fingers!! 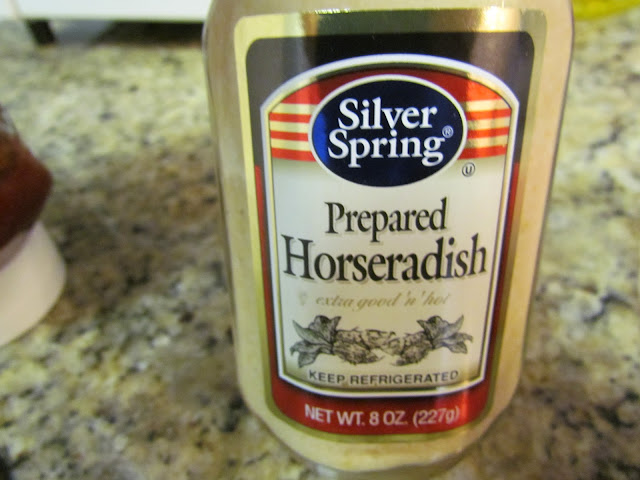 Posted by Jackie McGuinness at 5:49 PM