Orange You Glad It's Friday?

I am posting at Orange You Glad It's Friday this week.


The Golden Gate has roots dating back to the birth of Las Vegas. Its land was purchased at a momentous auction in 1905. A year later, the hotel, originally called Hotel Nevada, opened. Although the same building structure remains, over the years, it has seen many changes.
In 1931 gambling was legalized and the hotel changed its name to Sal Segav (Las Vegas spelled backwards.) In the 1950's the name became the Golden Gate ...named by its San Francisco owners. They started serving their famous shrimp cocktail in 1959. Las Vegas’ Original Shrimp Cocktail is served in Du-pars and boasts a heap of ocean shrimp in a classic “tulip” sundae glass, served with our secret cocktail sauce and a wedge of fresh lemon. The price? Only $2.99! So far they have sold forty million! 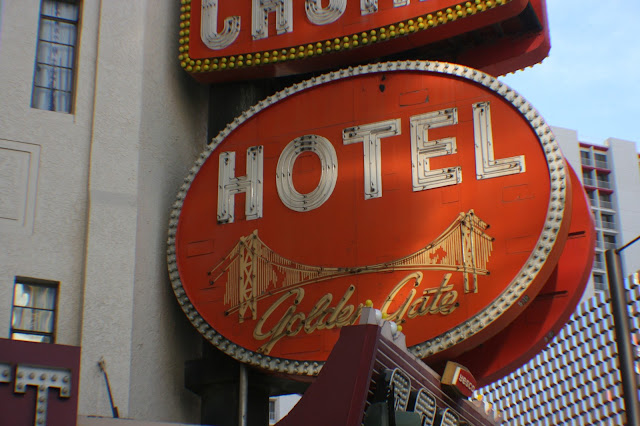 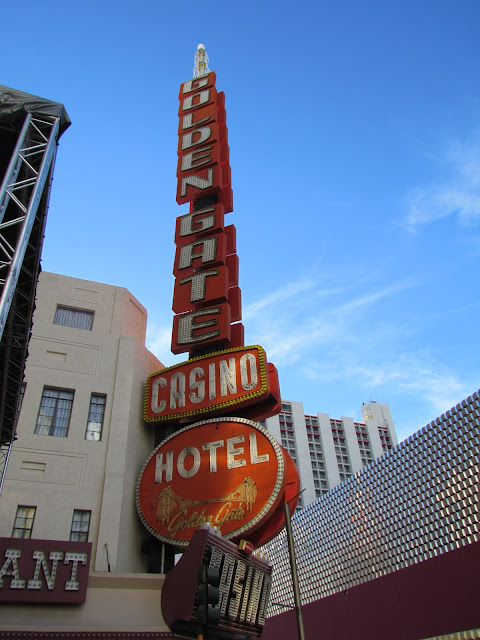