Alice (1925-2012) was born in Quebec in 1925 and Dan (or Don) in Manitoba in 1925. They met while members of the Student Christian Movement and married in Montreal in 1950. They moved to Toronto shortly thereafter and Dan became a worker-priest and was later elected a Toronto City Councillor (1972 to 1981) and then New Democratic Party Member of Parliament for Trinity–Spadina (1981 to 1993).

Alice steadfastly organized for many social justice and international solidarity causes, and participated in the co-op housing movement. The Heap home at 29 Wales Avenue was a centre for political activism where the door was always open to people needing shelter.

Click here for a lovely story about the couple. 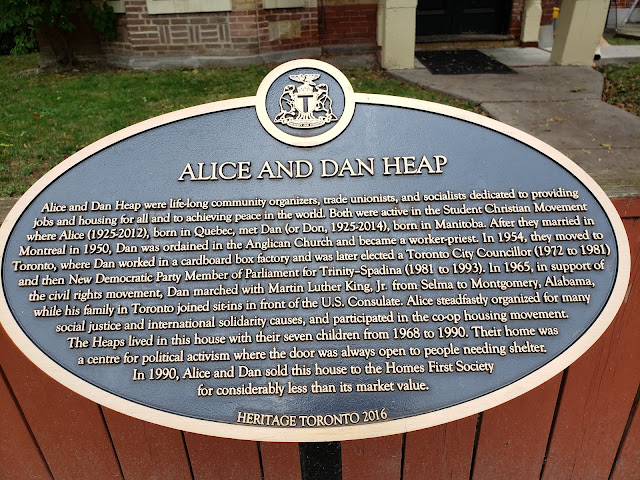 He and Alice raised seven children, including son Danny Heap, a computer science lecturer at the University of Toronto.

In 1965, Heap marched with Martin Luther King Jr. on his Selma to Montgomery marches while the rest of his family participated in a solidarity sit-in in Toronto. The family also opened their home to Americans resisting the Vietnam War, youth involved with the SCM and other activists. 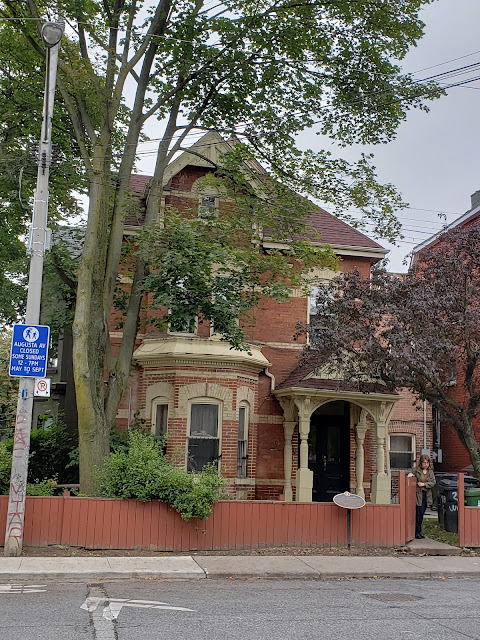 Posted by Jackie McGuinness at 8:31 AM