A new find on Queen St. West - couldn't find an artist name and it seems it was just finished last weekend!!! The only reference I found was on Twitter #QueenWest.

Also found on this outing.
I found lots on this one!

An enormous Monarch Butterfly in flight provides an uplifting interruption of colour amidst a wash of urban grey, radiating love for the lands that sustain butterflies and all life. At the south end of the mural, a boldly stylized Oyamel fir tree bursting with Monarchs roosting in its boughs represents the southern part of the Monarch’s annual Migration between Mexico and Canada. The northern part of their vast migratory route is represented at the corresponding northern end of the mural where local reverence for the Monarch is apparent in a striking portrayal of the Monarch’s favoured Ontario Milkweed. 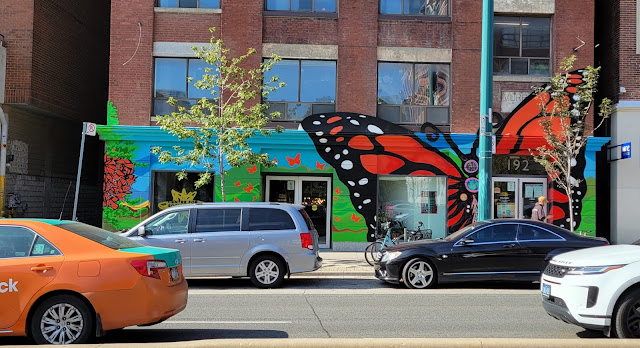 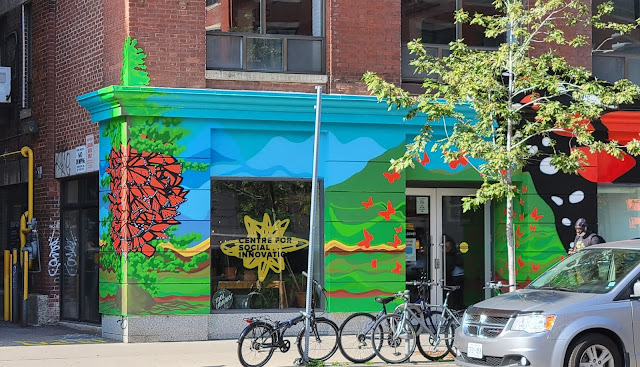 Posted by Jackie McGuinness at 9:19 AM