Starts with "M"  2. A Favorite3. MULTI - chosen by Tom
Starts with "M"
We'll take a road trip this round.
Main-à-Dieu Nova Scotia 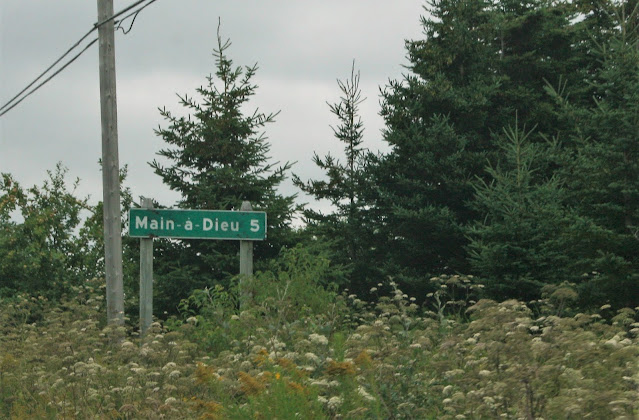 Main-à-Dieu (population 240) is a community located in Nova Scotia's Cape Breton Regional Municipality. It is the most easterly community in Nova Scotia.
Its name in French means "Hand of God". Main-à-Dieu's name was likely the transcription of a Mi'kmaq word having to do with evil spirits, a reference, perhaps, to the large number of ship-wrecks in the area.
Another potential source of the area's name: "mennadou," a Gaelic-like word meaning "resolutions, intentions, and projects."
It is a fishing village, the homeport for a large lobster fishing fleet, and each spring at the start of lobster fishing season, the local parish priest holds a blessing of the fleet service dockside to pray for the safety of fishermen. 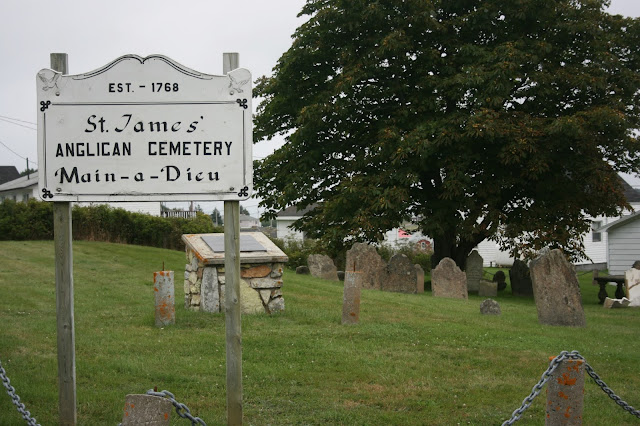 FAVOURITE
MAGNETIC MAGIC MOUNTAIN
MAGNETIC Hill MONCTON New Brunswick
The Magnetic Hill is an example of a gravity hill, a type of optical illusion created by rising and descending terrain.
In the 19th century, a cart path was built from the city in the south onto the ridge. The path was subsequently expanded during the early 20th century and during the age of the automobile, ca. 1931, it was noticed that at one point near the base of the ridge when driving south, motorists were required to accelerate in order to prevent rolling backward (i.e., what appears to be uphill). The novelty became known as "Magnetic Hill" and was more-or-less an amusing local attraction for residents and visitors to try.
Nowadays, for a fee, you can try the road. No, we didn't bother. 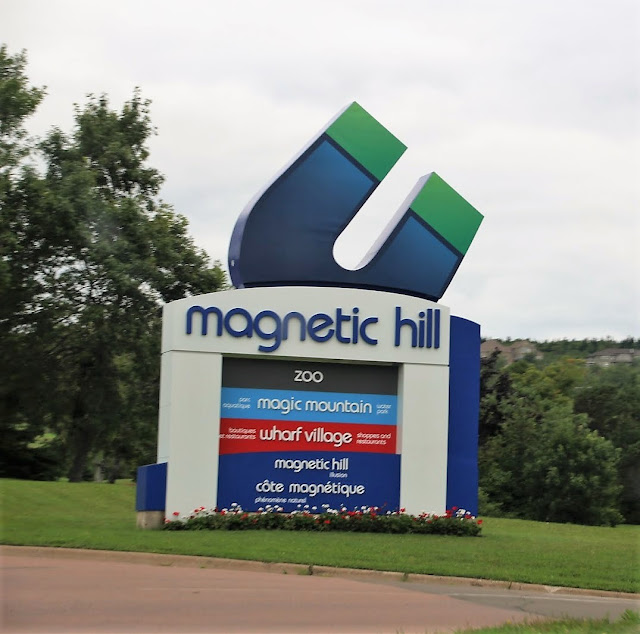 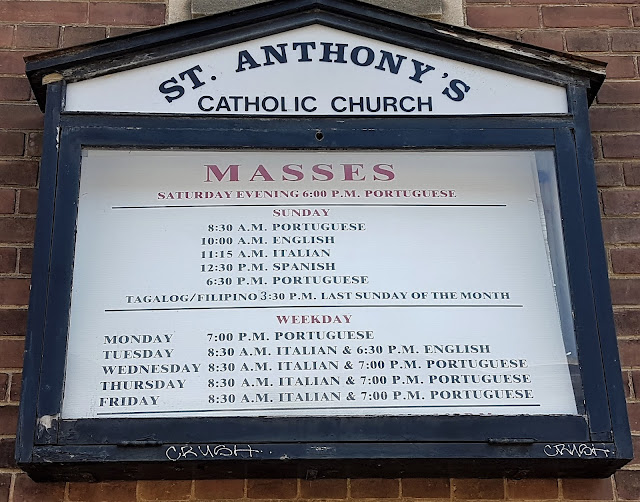 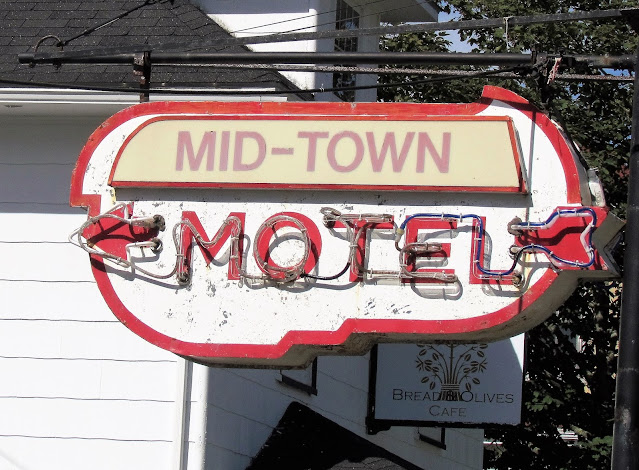