Roncesvalles Ave. and Garden side of Solarski Pharmacy 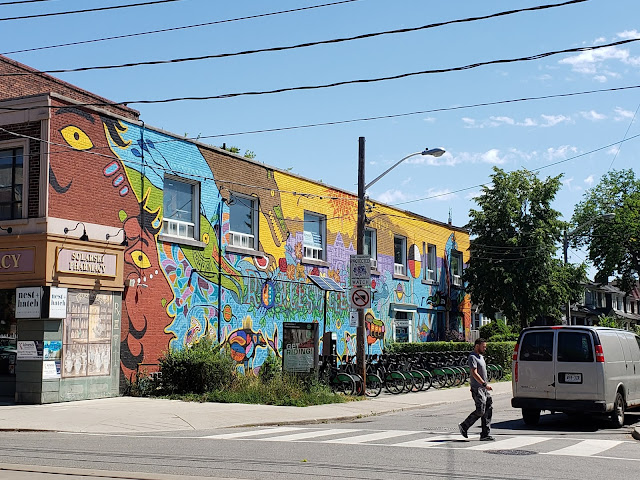 Cote is a Sundancer, Pipe Carrier and Sweat Ceremony leader recognized by Elder Vern Harper and Floyd Looks for Buffalo Hand. Cote received his Indigenous name Noodjmowin (The Healer) in 1979 from Joe Couture and was made a member of the Falseface Society at the Seneca longhouse in 1992.

A graduate of OCAD University’s Interdisciplinary Art Media and Design Masters program in 2015, Cote has been exploring new ways to imbue sculpture and painting through oral traditions of storytelling and with traditional spiritual perspectives.
All of the elements of the mural are connected to a story that begins with the creation story of the first man and woman. 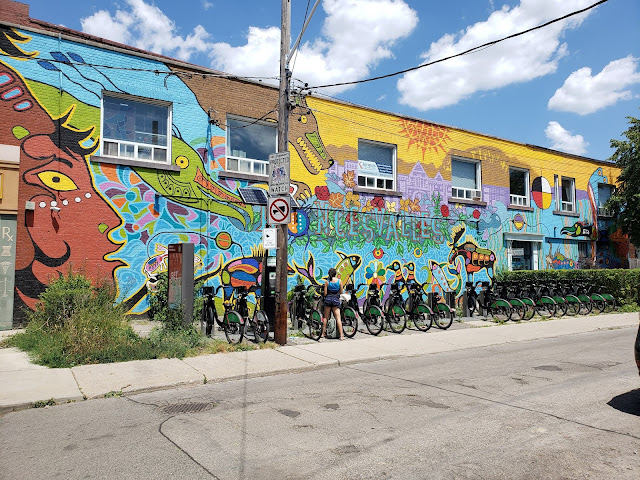 As the mural flows to the right there are different animals including a wolf who in Anishinaabe stories is a brother of man, a bear who is a teacher and healer, and thunderbirds flanking both ends for protection. 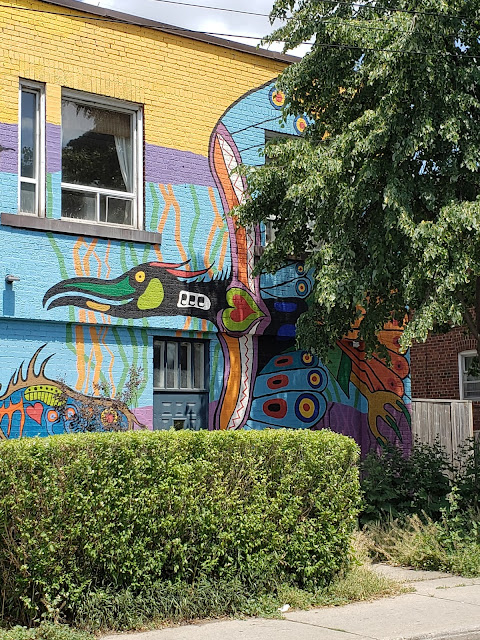 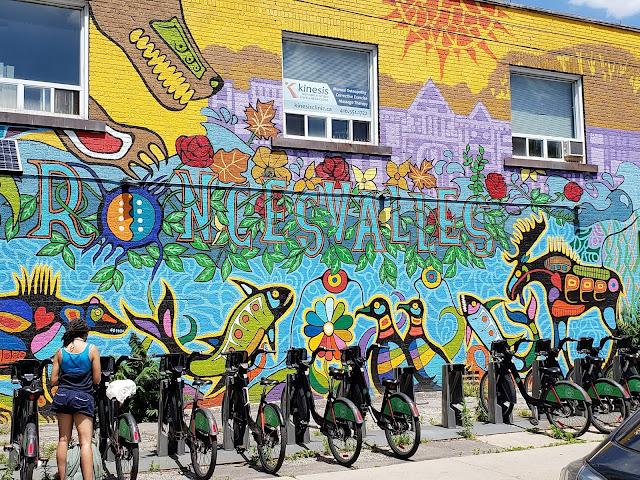 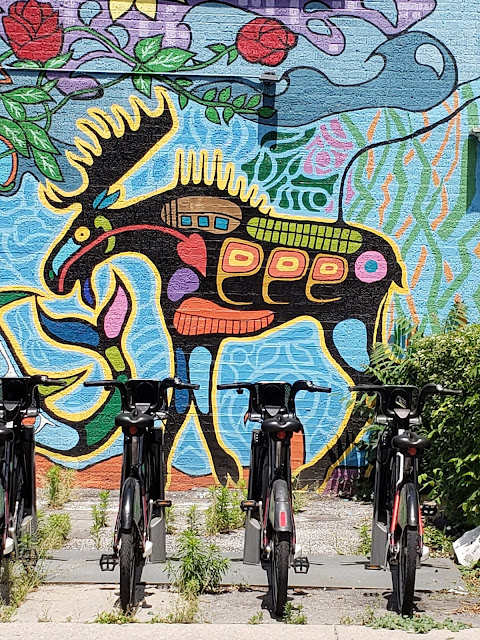