Near Kensington Market at Alexandra Park on Cameron St. Painted in 2005.

This mural was created to honour the community work of Sonny Atkinson who was a long-time resident of the Alexandra Park community.

Sonny dedicated his time to making this neighbourhood a better, safer place by settling disputes, improving street lighting and breaking down unnecessary walls in the community.

He was also instrumental in making the Alexandra Park housing project into a tenant-run co-op. The Atkinson co-op was named after Sonny Atkinson for his contributions to the community. 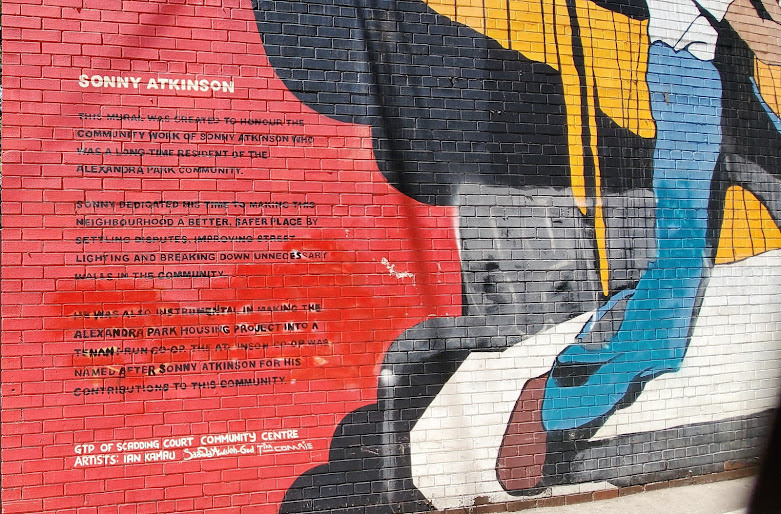 Also found on this trek was this one by Sweetman.

On the side of Maker pizza.

As I researched the mural above, on a street I had never walked up, I realized that I had other murals from the corner of Queen and Cameron.
Cameron House 2018 (still the same today). Article on even older murals. 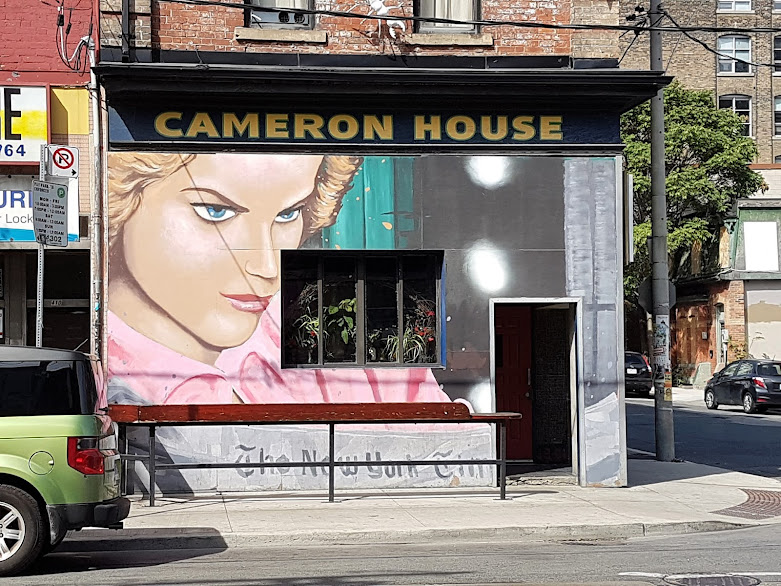 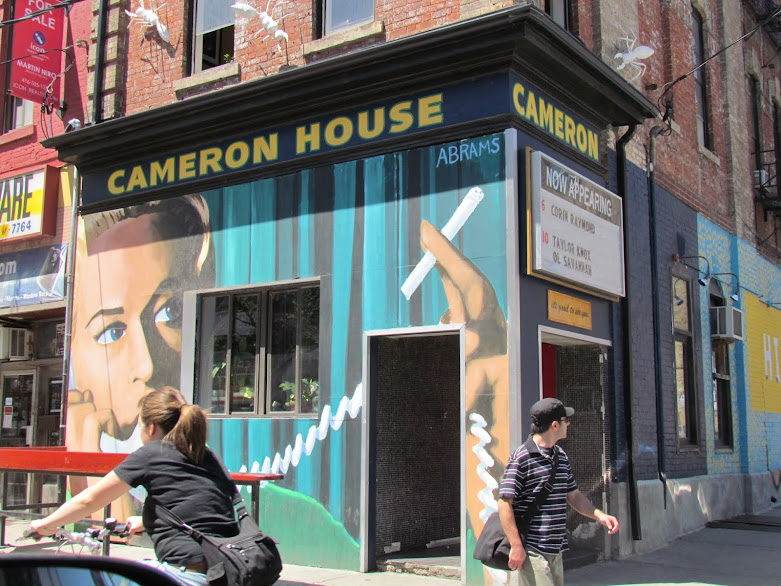 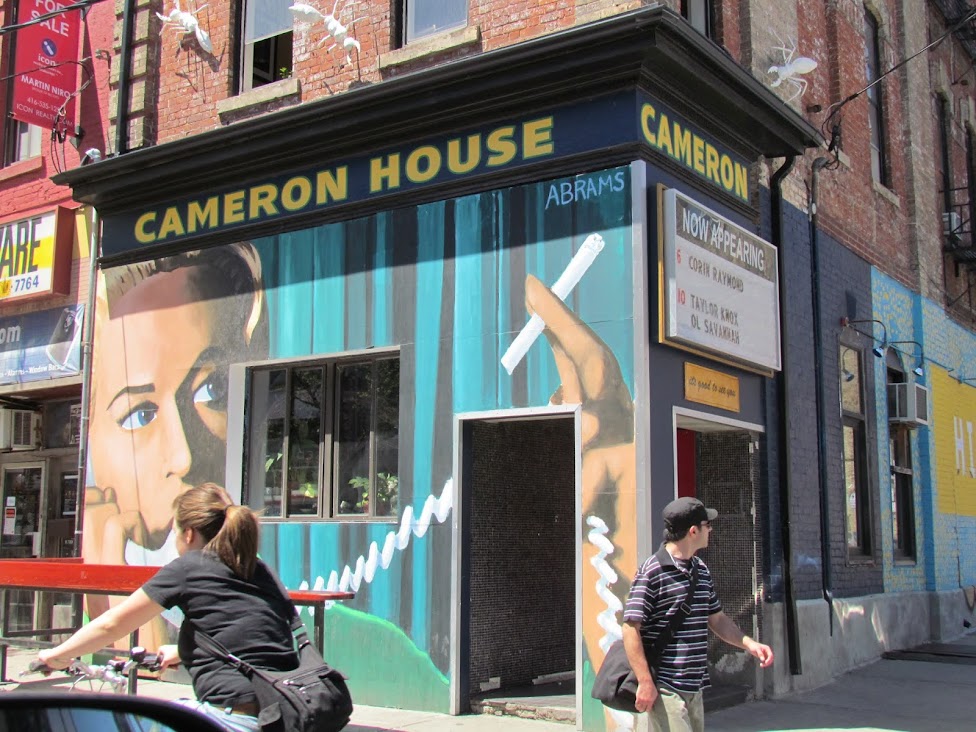 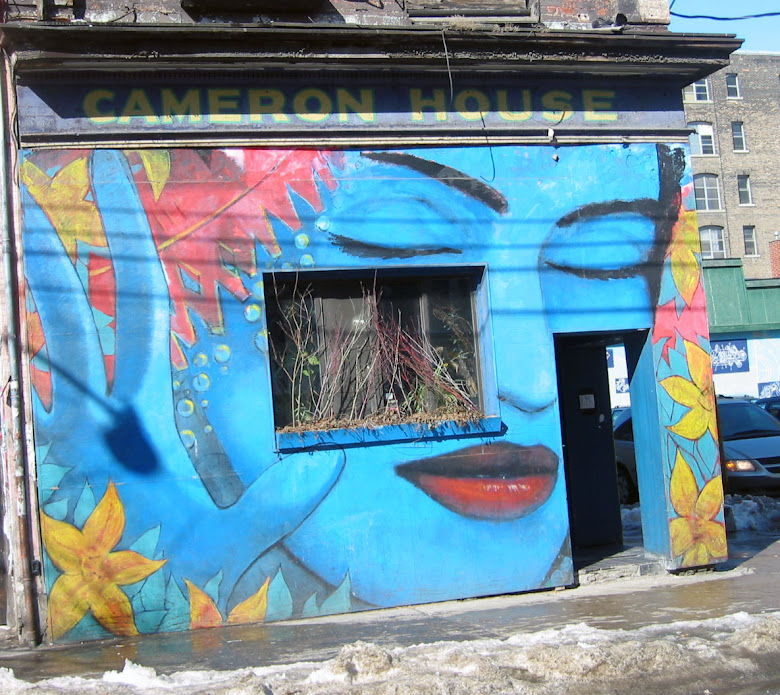 And along the side is this by Tom Dean. This photo taken August 2020.