I've seen these often but managed the best shots last week while on a streetcar. The poles are set into the streetcar platforms along Spadina.

Set against a solid blue sky, the cut-outs depict in silhouettes the street's local scenes. They are sometimes called the Pole Colonnade.

This one is the least clear, it shows immigrants arriving. a classic Toronto Brill Witt streetcar, and a horse and buckboard. 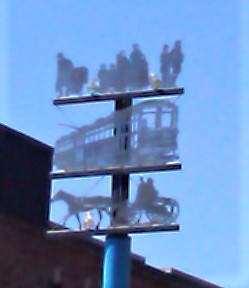 May Day Parade c.1951 with two men carrying a banner that states "May Day Fight for Peace As For Life!" and a woman holds a banner "Work to Rule".
The middle shows a clothes presser at work, two people gossiping.
At the bottom a fashion model cloned ten times emphasizes the mass production of  clothes for sale to ordinary folk.
. 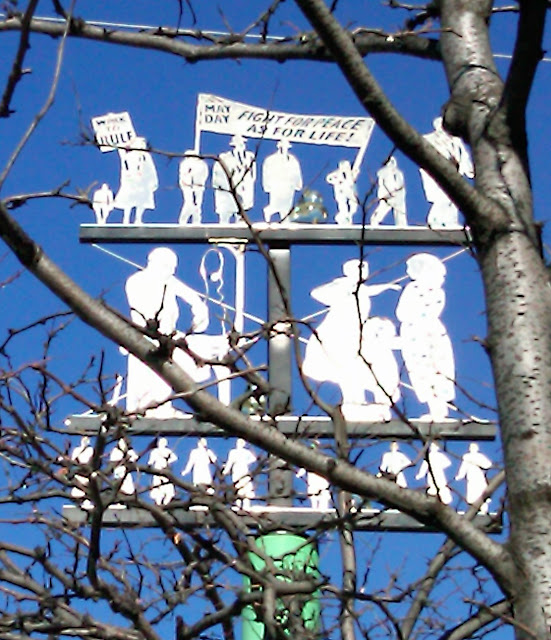 This shows fashionable immigrants who have done well for themselves, two black men carry flags celebrating the emancipation of slaves in the United States. 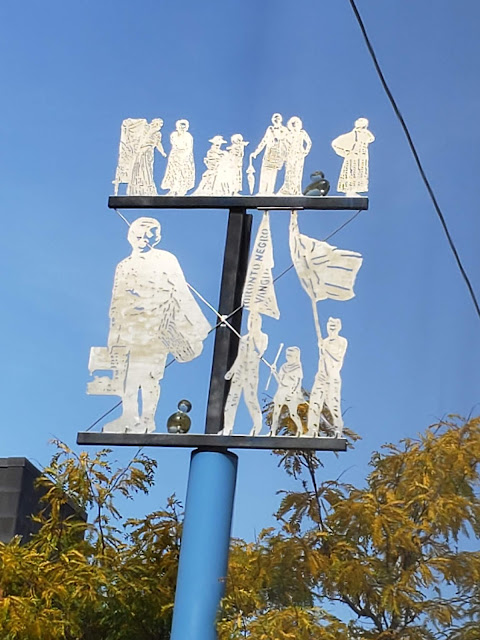 Spadina is known as the Fashion District, although not much remains. 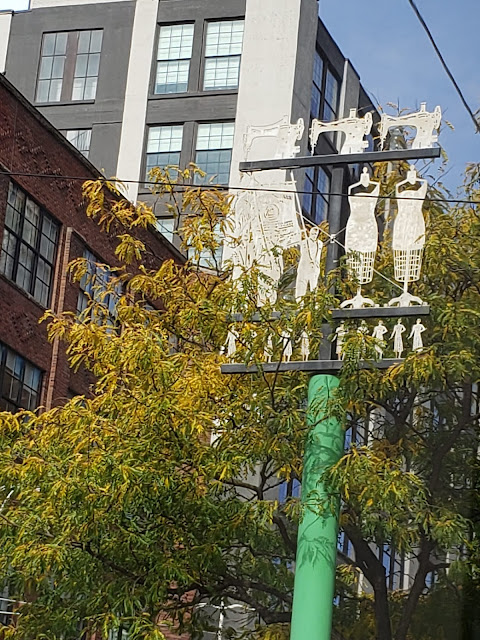 Posted by Jackie McGuinness at 3:48 PM