I was in Osgoode subway station the other day, and thought it looked different at the platform level. And it was.

The station, which opened in 1963, is located under University Avenue where it is crossed by Queen Street West and is named for the nearby Osgoode Hall, which honours William Osgoode, the first Chief Justice of Upper Canada. 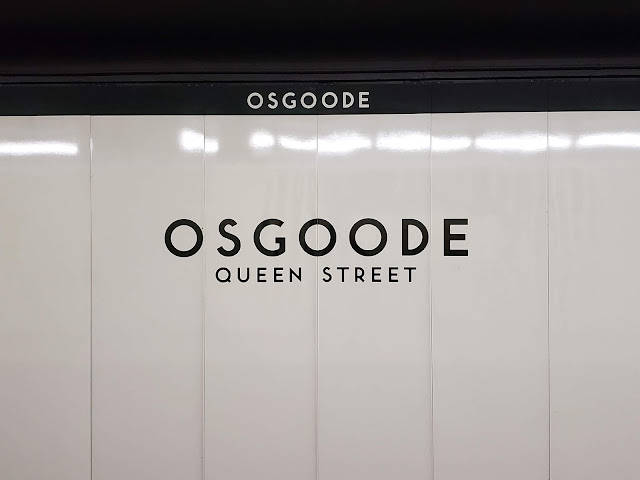 What I am used to. 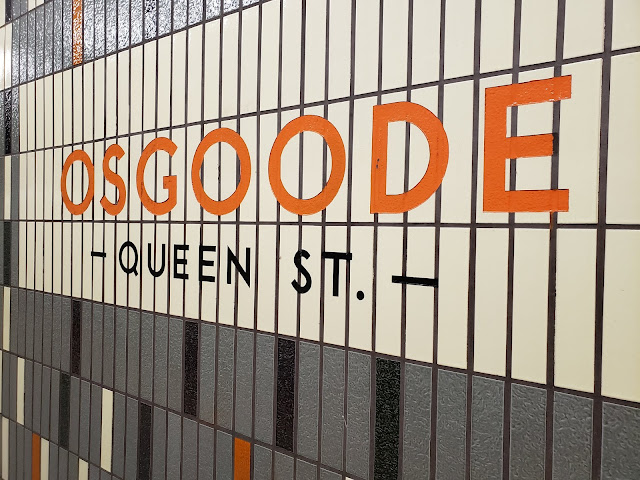 And then I saw this gem! A glimpse of the original paneling. 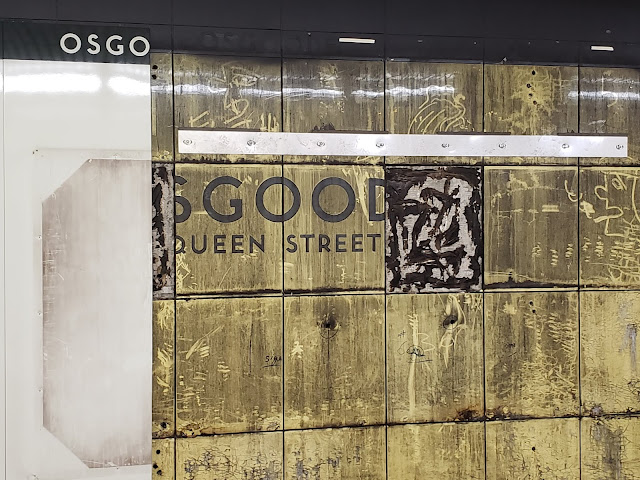