Life of B Lines and Squares

Bell Media utility box at Queen West and Portland. I wrote about who Jane Jacobs was, a few weeks back. 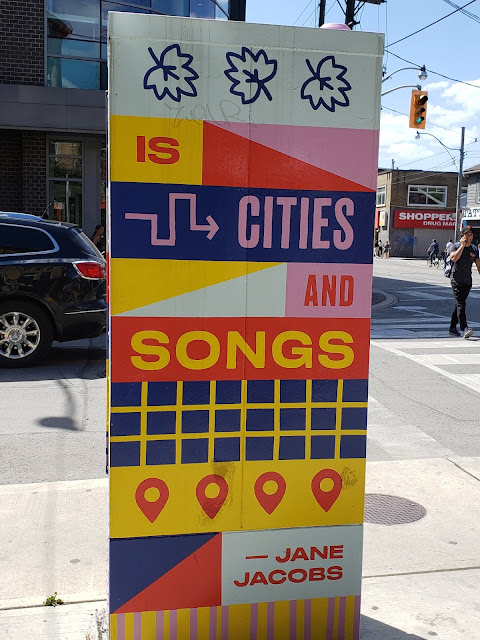 We recently watched the documentary called Citizen Jane:Battle for the City about Jane Jacobs.

Jane Jacobs (née Butzner; May 4, 1916 – April 25, 2006) was an American-Canadian journalist, author, and activist who influenced urban studies, sociology, and economics. Her book The Death and Life of Great American Cities (1961) argued that urban renewal did not respect the needs of city-dwellers.
She lived in Greenwich Village until 1968, when she moved to Toronto and continued her work and writing on urbanism, economics, and social issues until her death in April 2006.
There is a website called Jane’s Walk is a community-based approach to city building that uses citizen-led walking tours to make space for people to observe, reflect, share, question and re-imagine the places in which they live, work and play.
Posted by Jackie McGuinness at 1:30 AM