Random shots of Paris that don't really fall into any categories that were taken on our first day in Paris.

The Institut de France is a French learned society, grouping five académies, including the Académie française.

The Institute manages approximately 1,000 foundations, as well as museums and châteaux open for visit. It also awards prizes and subsidies, which amounted to a total of over €27 million per year in 2017. Most of these prizes are awarded by the Institute on the recommendation of the académies.

The building was originally constructed as the Collège des Quatre-Nations by Cardinal Mazarin, as a school for students from new provinces attached to France under Louis XIV.

The Institut de France was established on 25 October 1795, by the French government.
Viewed from the Pont des Arts.

The Place Saint-Michel is a public square in the Latin Quarter. It lies on the left bank of the river Seine facing the Île de la Cité, to which it is linked by the Pont Saint-Michel.
The Place Saint-Michel is known as the site of the Fontaine Saint-Michel, constructed by Gabriel Davioud in 1855-60. Nine major sculptors participated. Originally, the fountain's central statue was supposed to depict Napoleon Bonaparte, but the original conception came under criticism from opponents of Napoleon III; it was finally decided that the statue would be an image of Saint Michael, the Archangel, with two dragons that spout water into the fountain and figures of the four classical cardinal virtues. 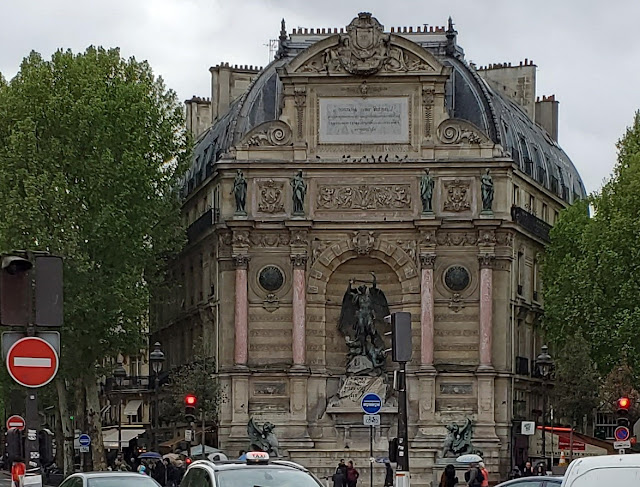 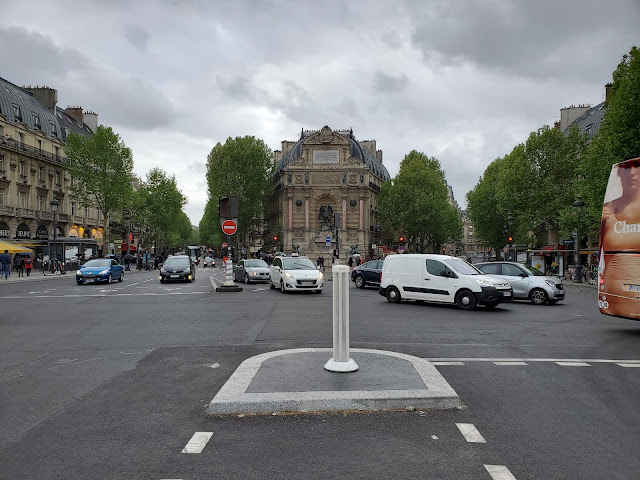 Louvre is the world's largest art museum and the Pont du Louvre.