The Australian and New Zealand Army Corps (ANZAC) was a First World War army corps of the Mediterranean Expeditionary Force. It was formed in Egypt in December 1914, and operated during the Battle of Gallipoli. General William Birdwood commanded the corps, which comprised troops from the First Australian Imperial Force and 1st New Zealand Expeditionary Force. The corps disbanded in 1916, following the Allied evacuation of the Gallipoli peninsula and the formation of I ANZAC Corps and II ANZAC Corps. The Corps was reestablished, briefly, in the Second World War during the Battle of Greece in 1941. 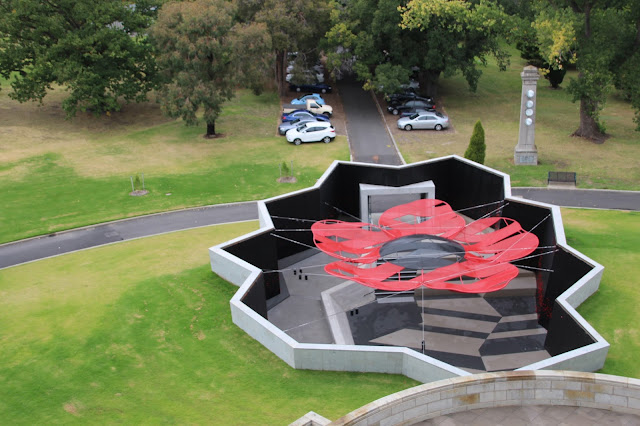 Click here for our visit to the Shrine of Remembrance
Posted by Jackie McGuinness at 12:30 AM