I was checking out the new Winner's (Canadian T J Maxx) in a newly opened office building on Lake Shore at York. The building is impressive and I saw this intriguing display.

Demolished in 2011, the Workmen's Compensation building had stood on this property from 1953 to 1973.

From 1973 to 1995 it was known as the Old Ontario Provincial Police Headquarters.

Three slabs of limestone from the eastern pier of the back facade of that building were preserved by the developers. 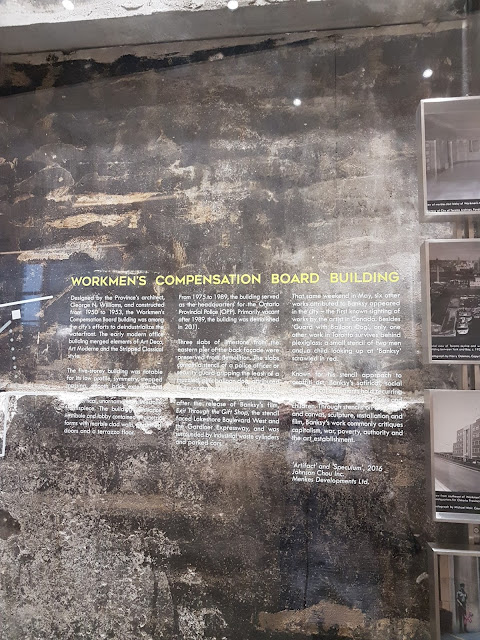 The slab contain a stencil of a "Police Guard Pink Balloon Dog,” an artwork created by Banksy in 2010 which was saved by the developer and is now on display at One York. 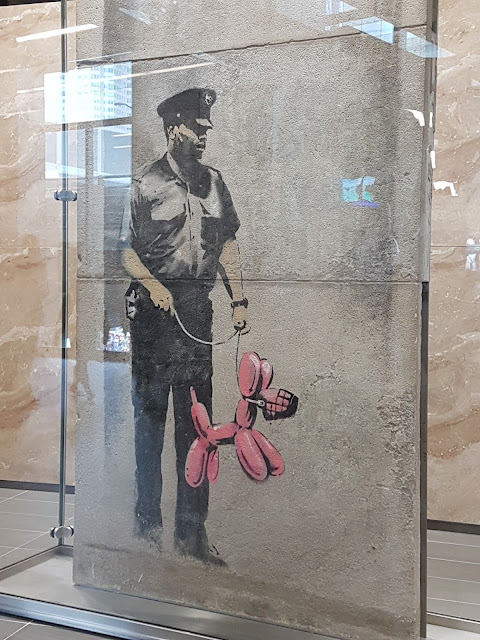 In 2010, Banksy released the documentary Exit Through the Gift Shop, a commentary on street art and how it is marketed. While Banksy was promoting this documentary, he left a few pieces throughout Toronto during an overnight visit. Initially, three pieces were spotted. Four more would follow before Banksy’s publicist confirmed the artist had indeed been sharing his work on Toronto’s streets. Of the original seven, only one near the corner of Church and the Esplanade remains visible to the public today. Note to self: track it down.

It was originally in a lane surrounded by garbage cans when the developers rescued the slabs, preserved and professionally restored during the construction.

Here it is on the original building. 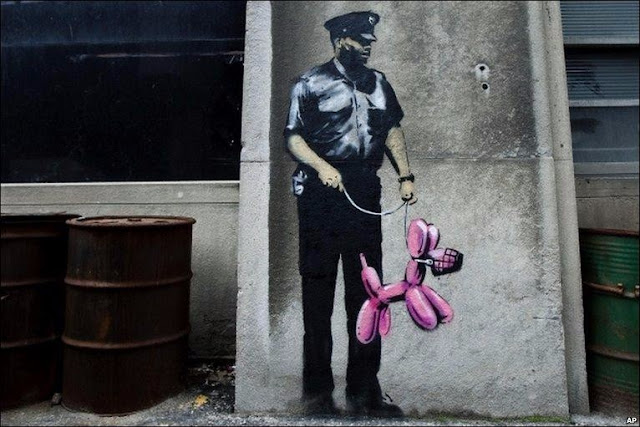