Massey Hall has been Toronto's premier music hall for more than a century. Its intimate confines and rich acoustics have made the Shuter St. building a mecca for music aficionados and a magnet for classic performances.

We have attended several performances here and the acoustics are amazing as is the intimate atmosphere.
We are going to a concert in June and I will be sure to get some interior photos.

You can read more of its history here. 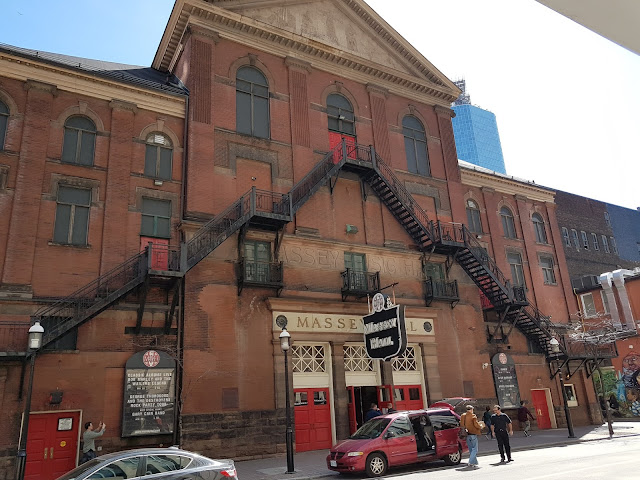 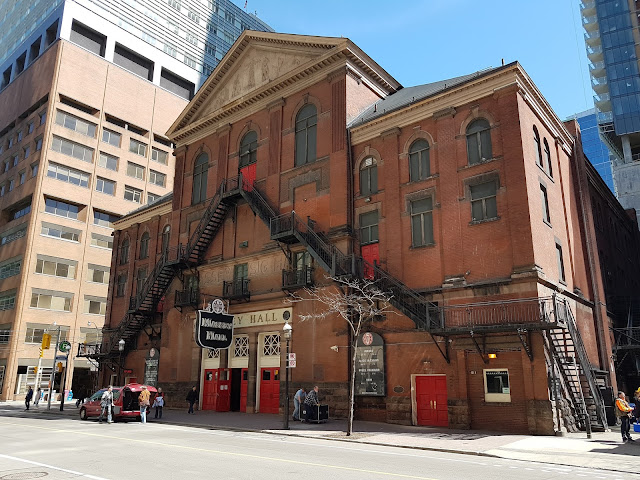 Hart Massey, born in Haldimand Township, Ontario, inherited his father's agriculture business aged 33 in 1856 and built it into a wildly successful equipment manufacturer.

At the time, many of the farms in Ontario were relying on basic tools. H. A. Massey and Company held the Ontario production rights for a mower, reaper, combined reaper, mower, self-raking reaper, and other important implements that would later prove invaluable and indispensable.

The business continued to grow with the creation of new foundries for forging parts and in 1867, the same year the company won an international award for its combined reaper and mower, Massey brought his son Charles on as partner.

Tragically for Hart, Charles died suddenly from typhoid on 12th February, 1884. The family decided the best way to commemorate their beloved son would be a $100,000 (almost $2,000,000 today) gift to Toronto, where the Masseys had many dealings. Charles was a skilled organist and pianist and it was felt his legacy should be musically inclined.

Massey Hall in 1912, after a portico and fire escape had been added to its north facade on Shuter Street. Photo from a book published by the City of Toronto in 1912. 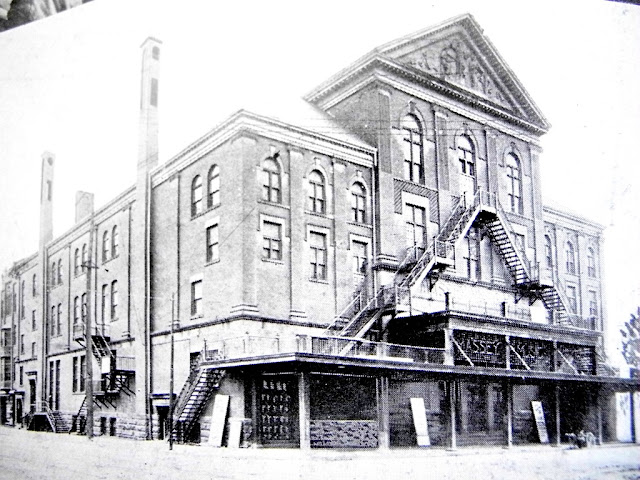 Posted by Jackie McGuinness at 10:56 AM