I'm linking up at Monday Mural 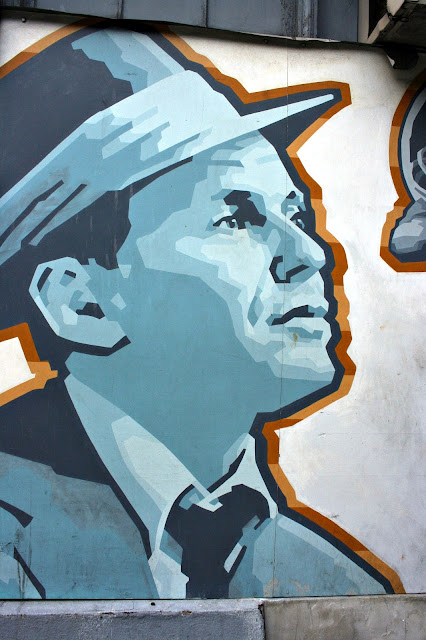 According to legend, the bar at the corner of 13th and Pine first opened in November 1933, almost exactly one month before Prohibition was repealed. Proprietor Lou Silverman supposedly called it “Frank's” from the start, which is perhaps what attracted the bar’s second owner, a man named Frank Vigderman. (He’s the one whose poor hygiene is said to have inspired the derogatory modifier.)

The bar’s history turns from hearsay to fact in 1959, when a railroad timekeeper named Israel "John" Segal bought the place. He tried his best to rename it 347 Club, after the property address, and even installed a huge sign out front, but the Dirty Frank's moniker proved unshakable. It was heartily embraced by Jay McConnell, who took over from Segal in 1978 and ran the drinkery for the next 33 years.


In 2011, McConnell was ready to get out of the biz, and he sold to a pair of trusted employees: Jody Sweitzer and Brad Pierce.


If you like murals, drop by this page devoted to Banksy,

Posted by Jackie McGuinness at 3:39 PM