The Princes' Gates is a triumphal arch monumental gateway at Exhibition Place in Toronto.
It was built to commemorate the 60th anniversary of Canadian confederation and was to be named The Diamond Jubilee of Confederation Gates. The structure's name was changed when it was learned that Edward, Prince of Wales and Prince George were travelling to Toronto. The princes cut the ribbon on the structure on August 30, 1927. 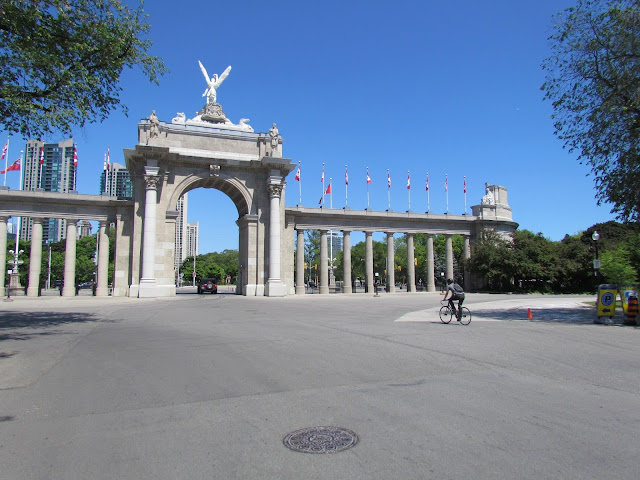 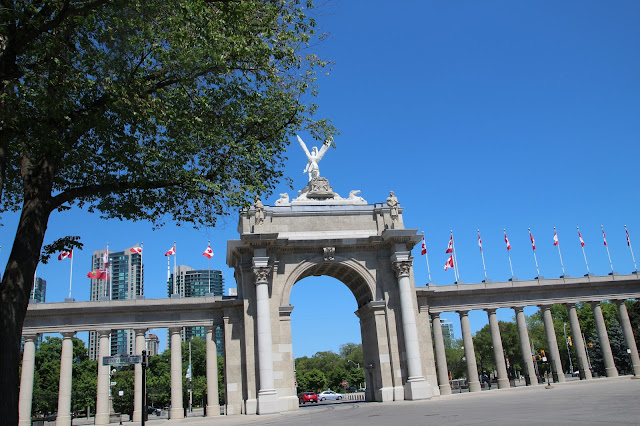 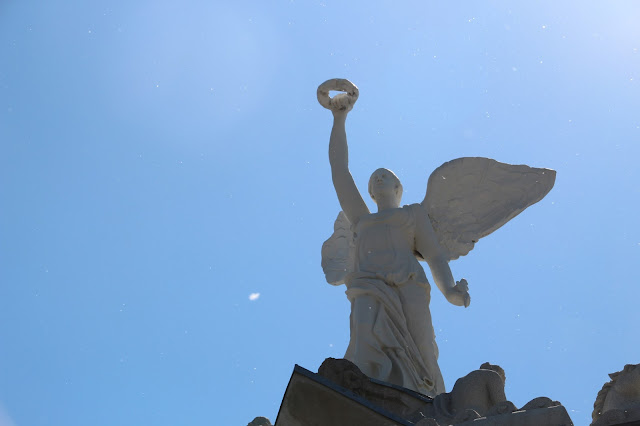 The gates are a 300-foot-long, 18-column structure with a 41-foot-high central arch, topped by the Goddess of Winged Victory statue, an interpretation of the original Winged Victory of Samothrace, designed by architect Alfred Chapman of Chapman and Oxley and carved by Charles McKechnie. In her hand she holds a single maple leaf. There are nine pillars to either side of the main arch, representing the nine Canadian provinces in existence at the time of construction. Flanking the central arch are various figures representing progress, industry, agriculture, arts, and science. The gates are made of a mix of stone and concrete, and the statue was poured concrete and weighed 12-tons. Above the arch are the words "Canadian National Exhibition 1879 1927". The end of the gate features two water fountains and above the coat of arms of Ontario. 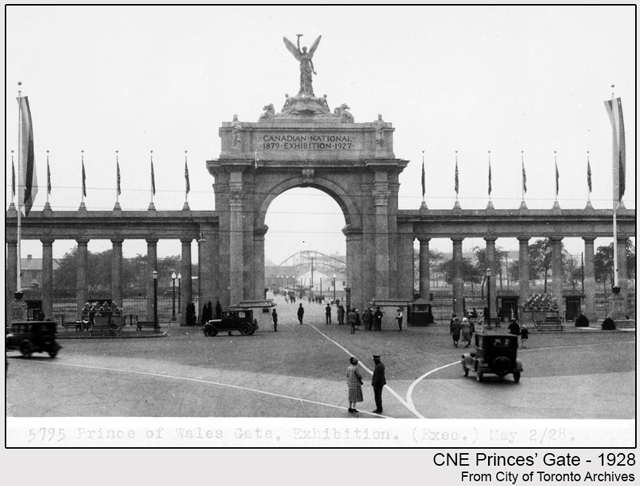 Posted by Jackie McGuinness at 2:29 PM