It is generally thought that the street known as Temple Bar got its name from the Temple family, whose progenitor Sir William Temple built a house and gardens there in the early 1600s. Temple had moved to Ireland in 1599 with the expeditionary force of the Earl of Essex, for whom he served as secretary. (He had previously been secretary of Sir Philip Sydney until the latter was killed in battle.) After Essex was beheaded for treason in 1601, Temple "retired into private life", but he was then solicited to become provost of Trinity College, serving from 1609 until his death in 1627 at age 72. William Temple's son John became the "Master of the Rolls in Ireland" and was the author of a famous pamphlet excoriating the native Irish population for an uprising in 1641. 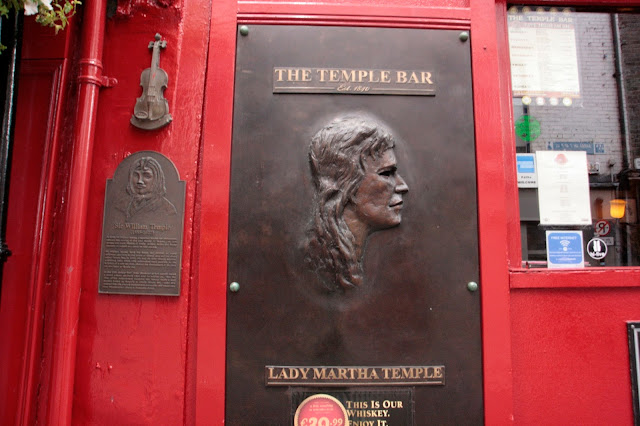 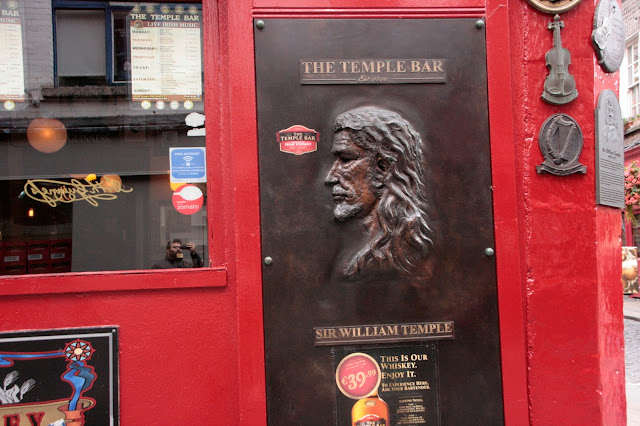 Despite this grand lineage, however, the name of Temple Bar street seems to have been more directly borrowed from the storied Temple Bar district in London, where the main toll-gate into London was located dating back to medieval times.


London's Temple Bar is adjoined by Essex Street to the west and Fleet Street to the east, and streets of the same names occupy similar positions in relation to Dublin's Temple Bar. It seems almost certain therefore that Dublin's Temple Bar was named firstly in imitation of the historic Temple precinct in London. However, a secondary and equally plausible reason for using the name Temple Bar in Dublin would be a reference to one of the area's most prominent families, in a sort of pun or play on words. Or as it has been put more succinctly, Temple Bar 'does honour to London and the landlord in nicely-gauged proportions'. 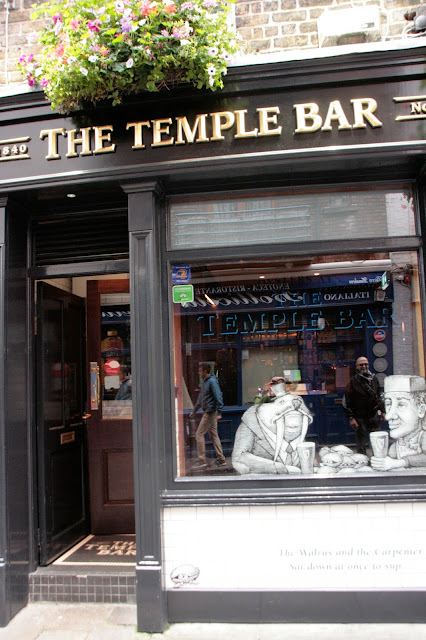 Posted by Jackie McGuinness at 9:49 AM