Though he only served a little over one thousand days as President, John F. Kennedy achieved considerable success while in office, including the creation of the Peace Corps, an increased minimum wage and better Social Security benefits. The Massachusetts native was born on May 29th, 1917 and would go on to graduate from Harvard in 1940. Kennedy then joined the Navy, where he captained a PT boat that was rammed and sunk by a Japanese destroyer. Despite serious injury, Kennedy led the survivors to safety and was awarded the Purple Heart and Navy and Marine Corps Medal. He later penned Profiles in Courage, a book which won the Pulitzer Prize in History. John F. Kennedy was assassinated on November 22, 1963. The sculpture shows Kennedy with his son, John Jr., and is based on a very popular image of the former President. The statue can be found on the corner of Mt. Rushmore Rd. & Main St. 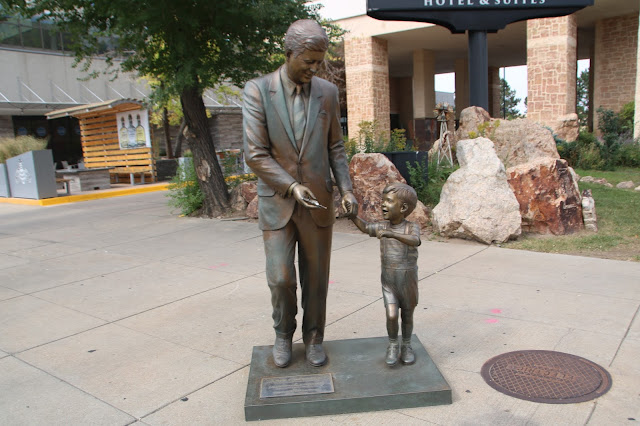 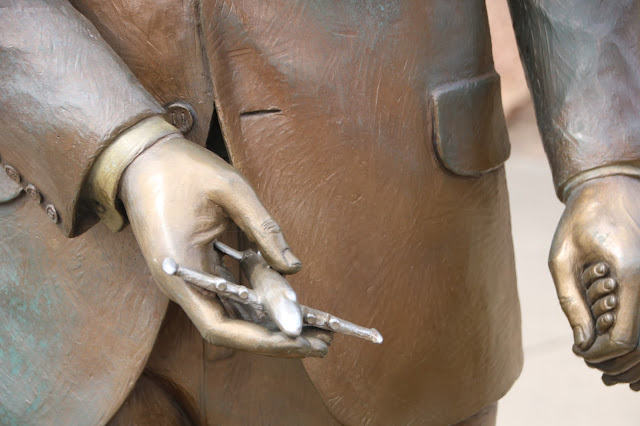 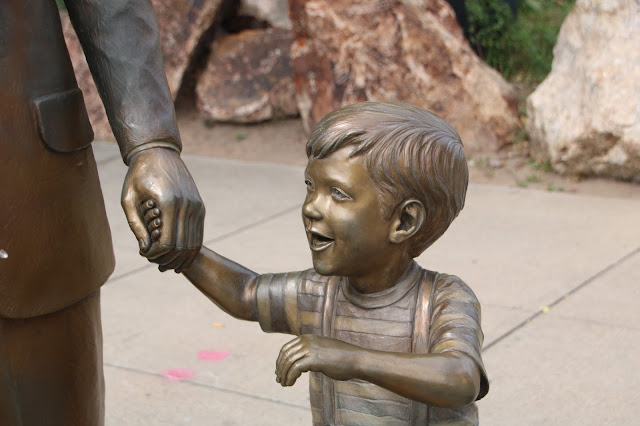