The world famous Temple Bar area just off the River Liffey is an incredible arts district in the heart of Dublin City Centre. 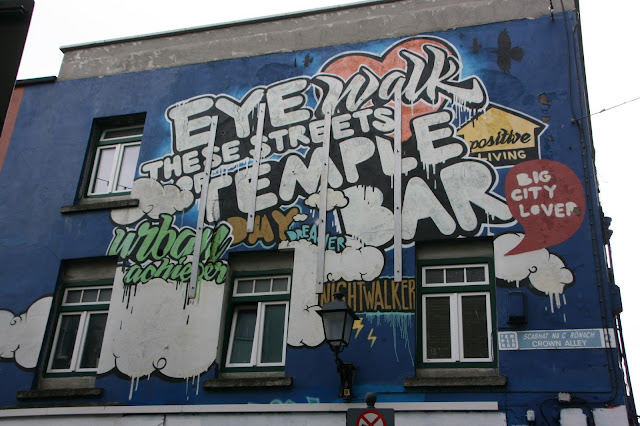 This giant mural dominates a huge wall just a couple blocks from the Olympia Theatre. Even from a distance you can’t miss the imagery of Sinead O’Connor, U2, and Thin Lizzy. 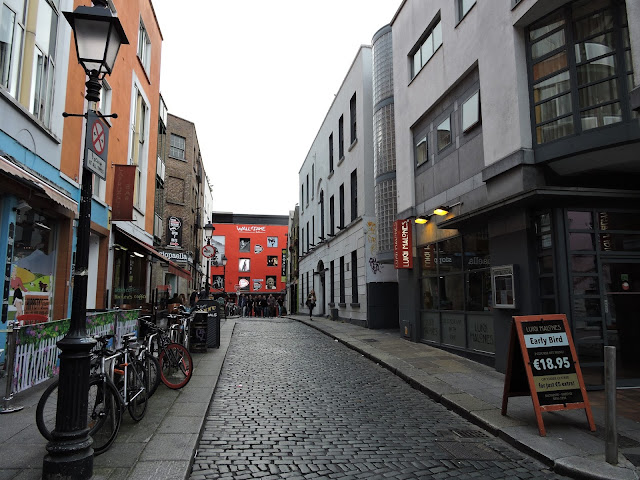 The Rockarchives Gallery’s “Wall Of Fame” was unveiled in 2003 to celebrate musicians that left the biggest influence on not only Irish music but also contributed to the world music scene.

On each of the windows of the Irish Wall of Fame, twelve different artists are spotlighted. U2 gets a window that dwarfs the others by almost a 4 to 1 ratio. You’ll see images of Irish Music Royalty including Luke Kelly (The Dubliners), Phil Lynott (Thin Lizzy), Sinead O’Connor, Bob Geldoff, Christy Moore, Blues legend Rory Gallagher, Paul Brady, Shane MacGowan (The Pogues), Van Morrison, and The Undertones.
Click on the link above to see Lynott's sculpture on Grafton St. 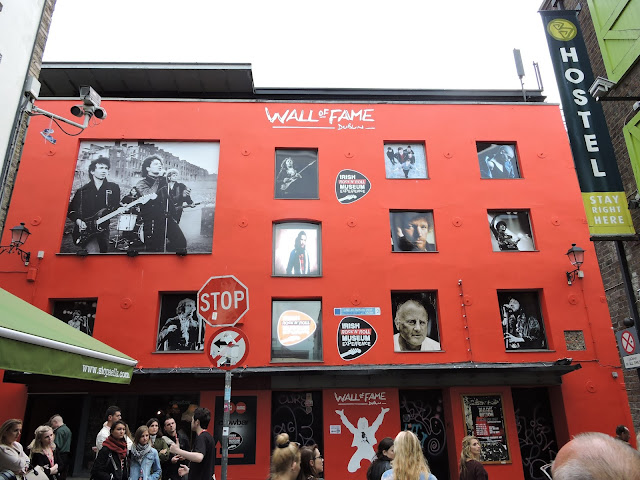 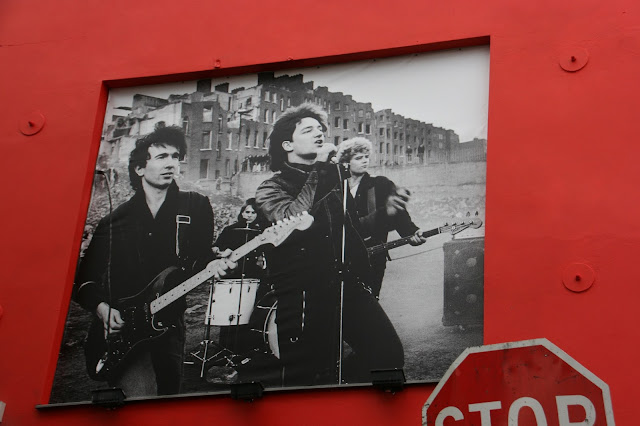