The country's 7th president was born in the Carolinas in 1767, but now stands at the corner of Mt. Rushmore Rd. & Main St. Jackson started studying law in his late teens, became a lawyer in Tennessee and was eventually the first man elected from Tennessee to the House of Representatives. He was also a major general in the War of 1812, becoming a national hero for defeating the British at New Orleans. Jackson also served in the 1st Seminole War and he survived an assassination attempt. He is lauded as the first "citizen-president" and is often acknowledged for representing the common man. Because of his strong character and notable military background, Jackson is shown in military garb with his arms firmly crossed. 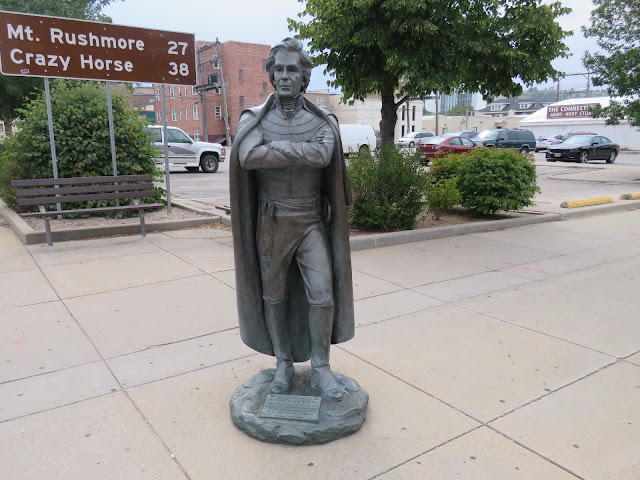 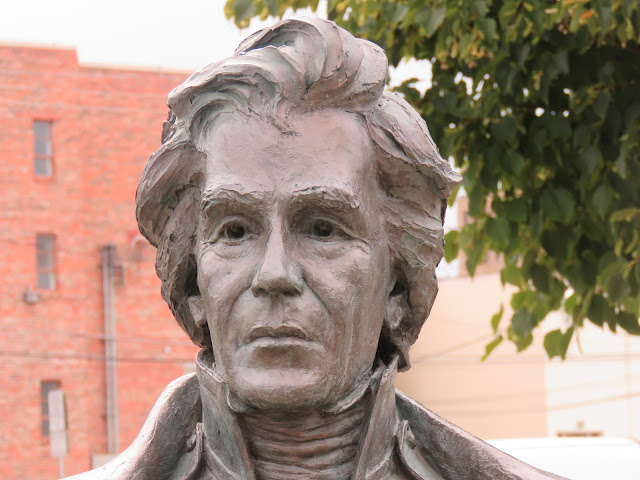