George Washington was born in 1732 to a Virginia planter family, George Washington started his military career at a young age. In 1754, he would fight in the first conflicts of what would grow into the French and Indian War. Between 1759 and the eventual start of the Revolutionary War, Washington worked his lands around Mount Vernon. In May of 1775, Washington was elected Commander in Chief of the Continental Army by the Second Continental Congress. The American Revolution lasted for six grueling years. But in 1781, Washington, with the help of French allies, was able to force the surrender of Cornwallis at Yorktown. George Washington led the country through its turbulent first years. He asked in his Farewell Address for his countrymen to avoid excessive partisanship and warned against long-term alliances. Washington's statue proudly stands in full military dress on the corner of 6th St. & St. Joseph St. 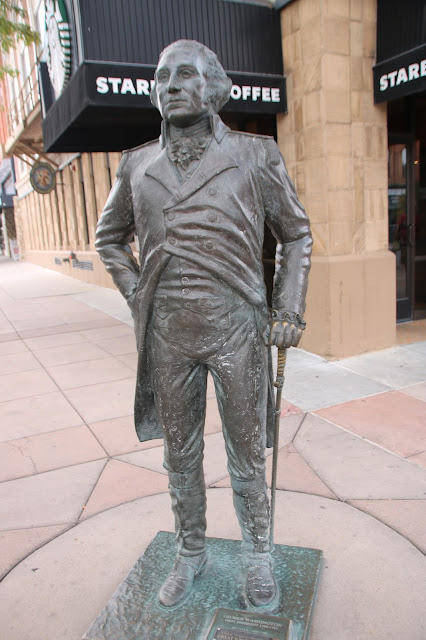