Click here for more of Mount Airy and here for some painted musical instruments.

There is controversy over this updated mural as read in this article.

The bottle featured in the Mount Airy mural is the square-shaped "Hutchinson"and had been issued in 1899. 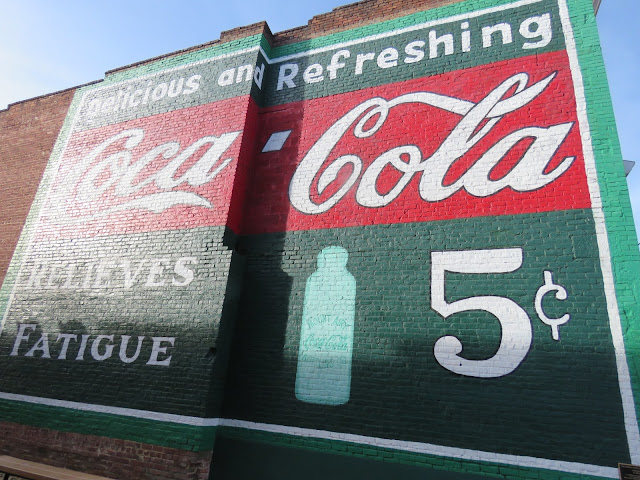 The sign, which occupies the south wall of the Mayberry Country Flowers & Gifts/Hair World building along an alleyway, includes the familiar Coca-Cola logo and the message that the soft drink relieves fatigue and costs only 5 cents. It is believed to have first been painted on the wall around 1916. 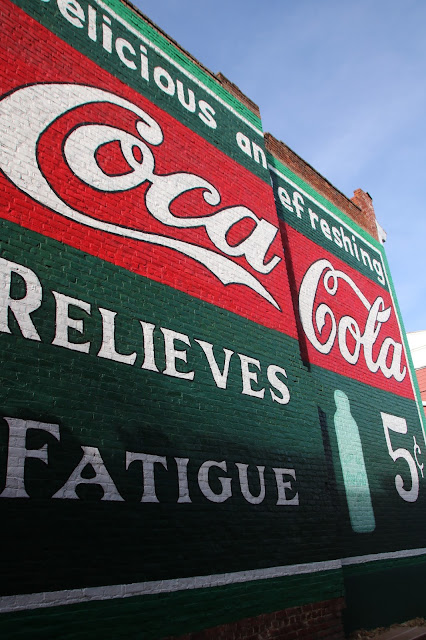 It was obscured for many years by a business known as the Canteen which once occupied the alley space where the sign is located. When the Canteen was torn down in the 1980s, the faded “ghost sign” was revealed, a term that refers to old images on exterior building walls which have become weathered.

The late local historian Susan Ashby lobbied for years to have the historic sign refurbished, until her death in 1998. 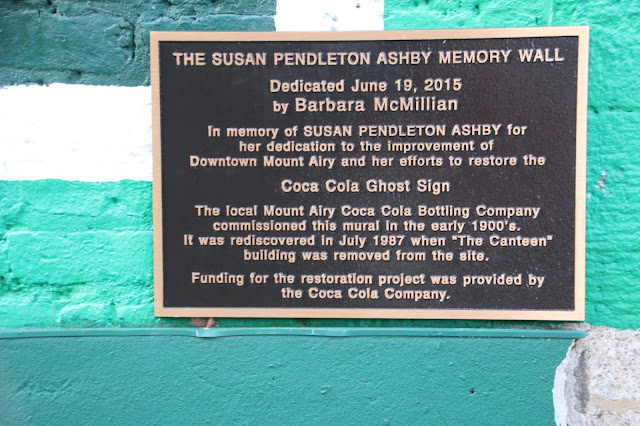 That desire finally reached fruition last year when the revitalization began as part of a new campaign by Coca-Cola officials to bring such images back to life. This included hiring a team of mural artists to restore old Coke signs, thousands of which were painted in various communities around the early 1900s.

These signs were the major advertising medium for Coke at the time, long before television or electronic billboards evolved.