May 2017 - Toronto ON
John and I were in the TD building last week and came across this display. As i took a photo I thought "that looks like the Honest Ed's sign". John then took this photo and we said "yes, it is Honest Ed's!". It is constructed out of cans of food. The cans are then donated to the Daily Bread Food Bank. 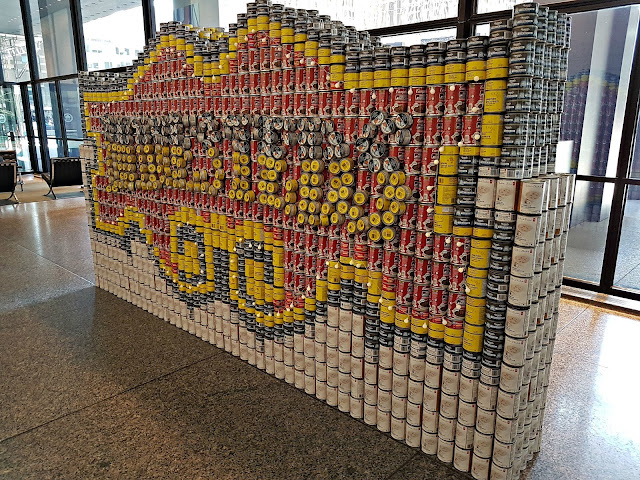 Canstruction® is a non-profit competition that decreases hunger and fights poverty in Toronto and cities around the world. Each year, teams of designers, architects and engineers – students and professionals – donate their time to build massive, incredible structures from cans of food, with donations going to the Daily Bread Food Bank, Toronto’s largest community food bank. In this city alone, more than 800,000 client visits happen each year, approximately 32 per cent of them children, use food-relief programs.

With one can of food as a catalyst for change, One Can® to represent the building block of change, Canstruction proves that small acts of kindness improve the lives of people in need. Since 1992, Canstruction has contributed more than 17.5 million pounds of food to food programs around the world, demonstrating that we can win the fight against hunger. 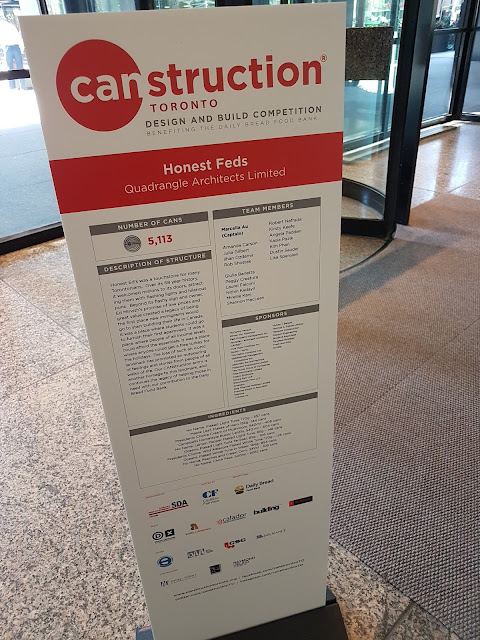 Anyway, back to Honest Ed's.
Here's a few photos from previous years as we drove by. 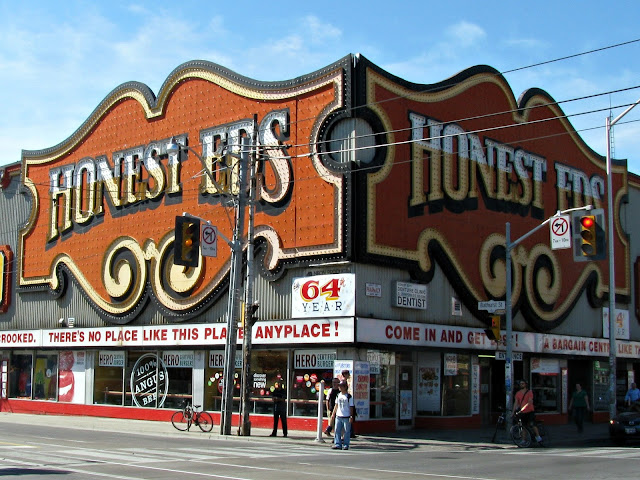 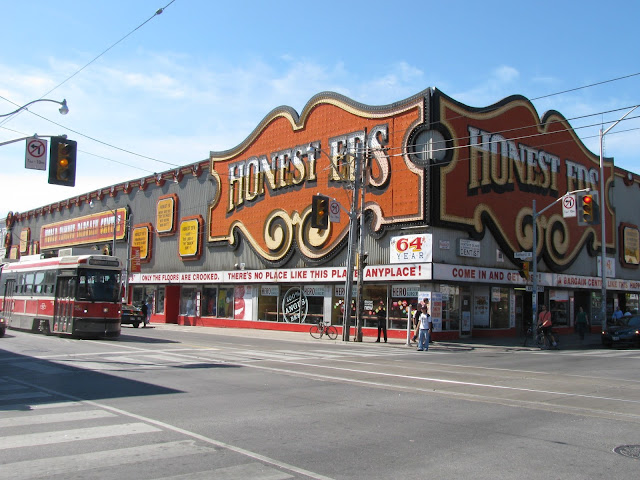 Story taken from CityNews.
Toronto’s elongated goodbye to Honest Ed’s will reach an emotional conclusion on Tuesday, May 23rd, when the iconic sign is taken down.
A crane will begin removing the sign at around 11 a.m.
It will then be transported to storage for refurbishment. A portion of 23,000-bulb sign will then find a new home at the exterior of the Ed Mirvish Theatre near Yonge and Dundas streets.
Honest Ed’s has a storied history in Toronto. Ed Mirvish first opened the store at the corner of Bloor and Bathurst streets in 1948.
Over the years it became a colourful and beloved part of Toronto’s landscape, with Christmas turkey giveaways, quirky commercials and hand-painted signs touting the best deals in town.
Mirvish died at the age of 92 in July 2007, and his son, David Mirvish, took over the operation before its eventual sale and closure on Dec. 31, 2016.
“I’m sure (my father) would be delighted to see two of his great passions – Honest Ed’s, which in many ways was a theatrical setting for a grand parade of humanity, and the theatre world, which he loved – finally be joined together,” David Mirvish said in a release.

UPDATE MAY 24 - SIGN REMOVED
Posted by Jackie McGuinness at 10:23 AM