It is a long weekend here in Toronto as we kickoff the official start of summer and gardening season. However, the weather can be tricky at best and it is not unusual to have the three days roll out like this. 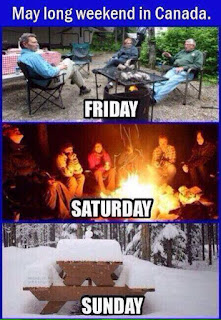 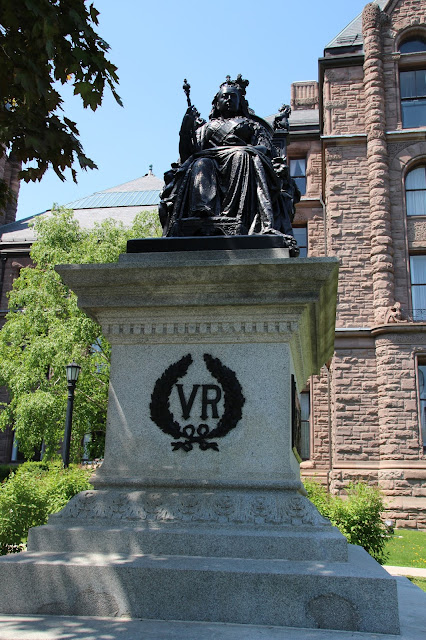 Queen's Park is an urban park in downtown Toronto. Opened in 1860 by Edward, Prince of Wales, it was named in honour of Queen Victoria. The park is the site of the Ontario Legislative Building, which houses the Legislative Assembly of Ontario.
Victoria Day (French: Fête de la Reine, or "Celebration of the Queen") is a federal Canadian public holiday celebrated on the last Monday preceding May 25, in honour of Queen Victoria's birthday. As such, it is the Monday between the 18th to the 24th inclusive, and thus is always the penultimate Monday of May. The date is simultaneously that on which the current Canadian sovereign's official birthday is recognized.It is sometimes informally considered the beginning of the summer season in Canada.

The holiday has been observed in Canada since at least 1845, originally falling on Victoria's actual birthday (24 May 1819). It continues to be celebrated in various fashions across the country; the holiday has always been a distinctly Canadian observance.Victoria Day is a federal statutory holiday, as well as a holiday in six of Canada's ten provinces and all three of its territories.

Because God forbid that Quebec would/could honour anything Englsih, In Quebec, before 2003, the Monday preceding 25 May of each year was unofficially the Fête de Dollard, a commemoration of Adam Dollard des Ormeaux initiated in the 1920s to coincide with Victoria Day. In 2003, provincial legislation officially created National Patriots' Day on the same date. 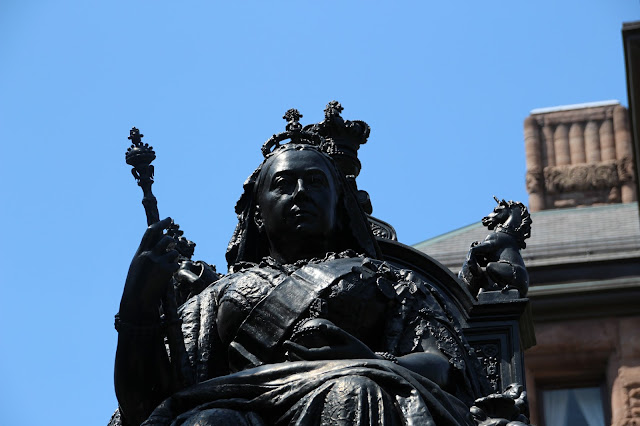 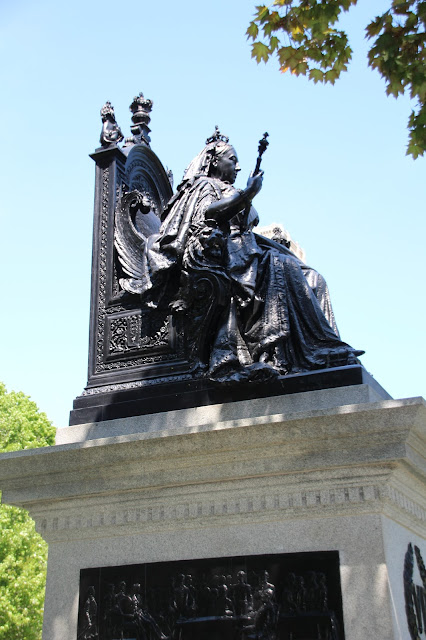 And to make you laugh, here she is looking less dignified on a trip we took to Liverpool England. Rumour has it that builders of this statue of Queen Victoria in Liverpool weren't paid so they made it look like she had an appendage. 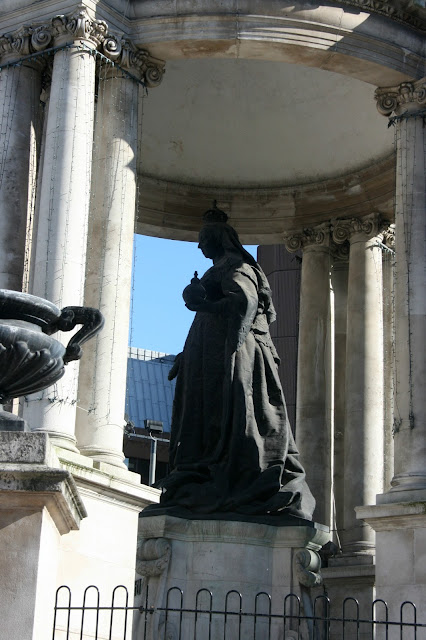 The Good The Random The Fun
Posted by Jackie McGuinness at 11:52 AM