A well known photographed mural in honour of Bobby Sands.
Bobby Sands, (9 March 1954 to 5 May 1981), was an Irish volunteer for the Provisional Irish Republican Army and member of the United Kingdom Parliament who died on hunger strike while in HM Prison Maze.

He was the leader of the 1981 hunger strike, in which Irish republican prisoners protested against the removal of Special Category Status. During his strike he was elected as a member of the United Kingdom Parliament as an Anti H-Block/Armagh Political Prisoner candidate. 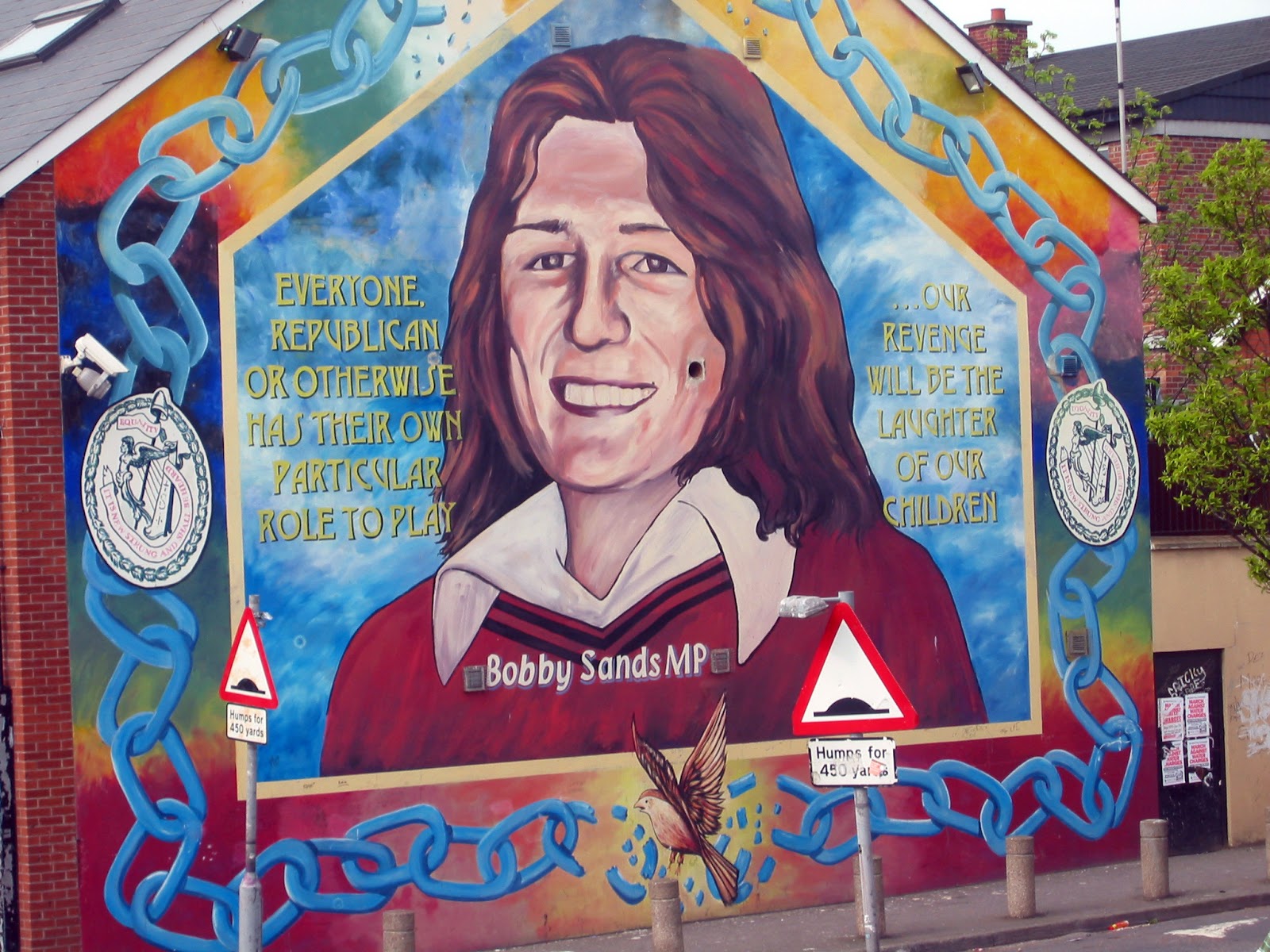 Posted by Jackie McGuinness at 9:08 AM