I mentioned I would highlight some photos of motels along Route 66. 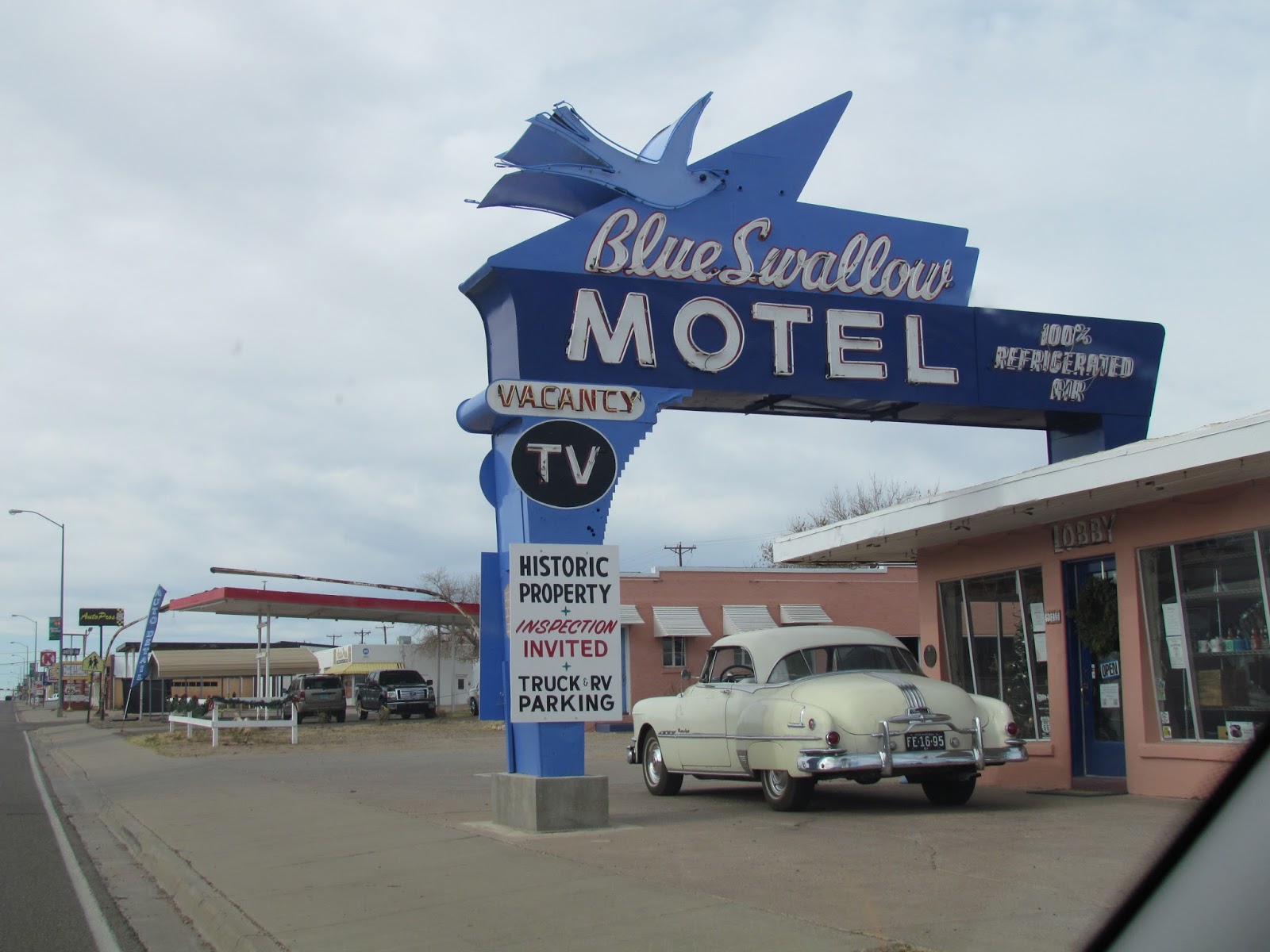 The motel was built by carpenter W.A. Huggins in 1939, and by July of 1941 was open and operating the motel and cafe on the site. Eastern New Mexico rancher Ted Jones and his wife were the first long-term operators of the motel. One of the longest continuously operated motels along New Mexico's slice of Route 66, the property was purchased by Floyd Redman in 1958 as an engagement present to his wife Lillian.

As the Blue Swallow Motel, the property was updated with neon signage proclaiming "TV" and "100% Refrigerated Air". It would continue in operation through both the heyday of post-war tourism on the old US Highway system (when roadside billboards advertised "Tucumcari Tonight!" and "2000 motel rooms" for many miles) and the years of decline which followed the loss of US 66 traffic to a newly constructed Interstate 40 in the 1960s.


When Route 66 was closed to the majority of traffic and the other highway came in, I felt just like I had lost an old friend. But some of us stuck it out and are still here on Route 66.
—Lillian Redman

A resident of Tucumcari since 1923 (having arrived in New Mexico with her family in a covered wagon in 1915), Lillian Redman would operate the Blue Swallow for four decades, continuing independently after Floyd's death in 1973 and ultimately selling the motel in 1998. She then moved to a small house nearby and would often visit the property and its new owners until her death, at 89 years of age, in 1999.
Posted by Jackie McGuinness at 7:00 PM