Tom the backroads traveller hosts this weekly meme.
Travel Tuesday
Our World Tuesday
Image-in-ing
My Corner of the World
Postcards
Toronto ON
Benjamin Chapman presumably learned the watchmaking and jewellery trade from his father who had established a jewellery business in Dublin, Ireland in 1814. Benjamin worked for 16 years as a jeweller in Belfast before immigrating to Canada in 1864. Ten years later he established his own business at 261 Yonge street in Toronto. 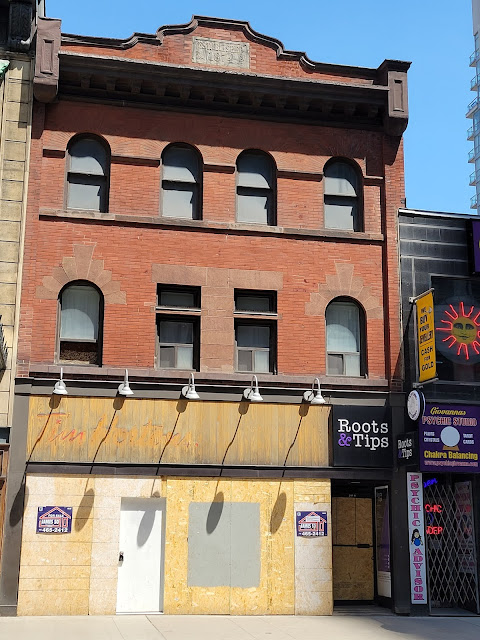 B. Chapman’s shop offered imported clocks and jewellery from England and Germany. In January, 1890 The Trader & Canadian Jeweller reported that his store had recently installed the “new Edison incandescent electric lighting”, which “shows off their handsome goods to great advantage.”

William James Chapman (1911 – 1999) great grandson of Benjamin, was the last owner of the family business that remained in operation until c, 1983. In 1979 the original building was given heritage status and housed a Tim Horton’s on the main floor until recently. 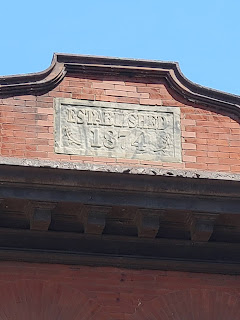 ONTARIO HERITAGE ACT
In the block between Shuter Street and Dundas Square, the George Pears Stores (1891) at 229 Yonge Street , John Northway Company Building (1928) at 236-242 Yonge Street, Art Metropole Building (1911) at 241 Yonge Street, John William Drummond Store (1868) at 253 Yonge Street, Chapman Brothers Jewellery (pre-1910) at 261 Yonge Street, and Childs Restaurant and Offices (1918) at 279-283 Yonge Street are listed on the City of Toronto Inventory of Heritage Properties. The Pantages Theatre (1920) at 263 Yonge Street is a city-wide landmark that is designated under the Ontario Heritage Act.
Posted by Jackie McGuinness at 12:30 AM