Still taking a small break from Toronto Lanes, but I'll get back to them.

Originally an athletic club built in 1891, this building was known as the “Labour Temple” from 1904-1968 after the club was purchased by the Toronto Trades and Labour Council by selling shares to members of associated unions. “A library was set up, many unions had their offices located here, and for the 64 years it operated as the centrepiece of the Toronto labour movement, and many meetings held here to discuss the key issues of the day,” says David Kidd, a CUPE member and labour historian who has led labour-themed walks through Toronto. Those issues included public ownership of the TTC and Toronto Hydro, and whether to support conscription during the two world wars. Today the façade of the Athenaeum Club is preserved as part of the “Jazz” apartments. 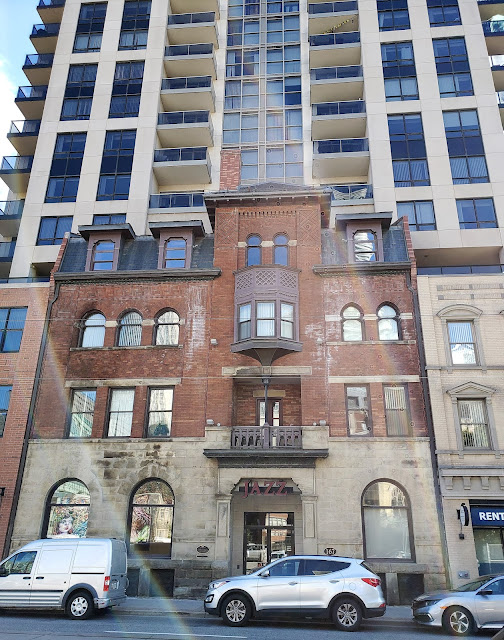 The Athenaeum Club 1891 Built for the Athenaeum Club, this façade was designed by the architectural firm Denison and King in a Moorish Revival style, rare in Toronto. It features intricate brickwork, several Moorish window arches, and in the balcony, a cast-iron column with an exotic capital. From 1904 to 1967, the building was the Labor Temple - a home to the local labour movement, and host to key debates in Canadian labour history. 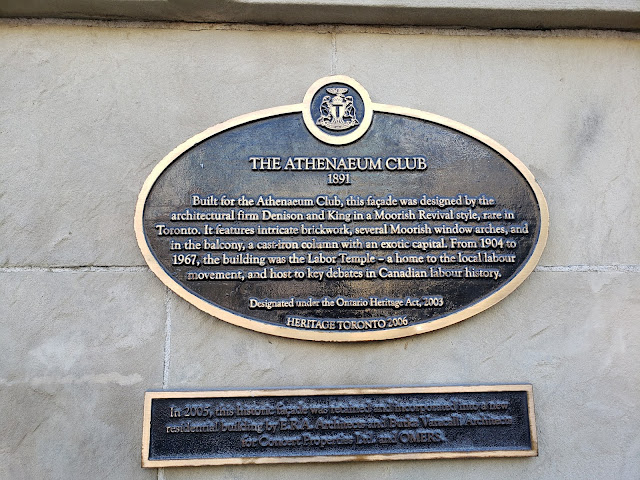 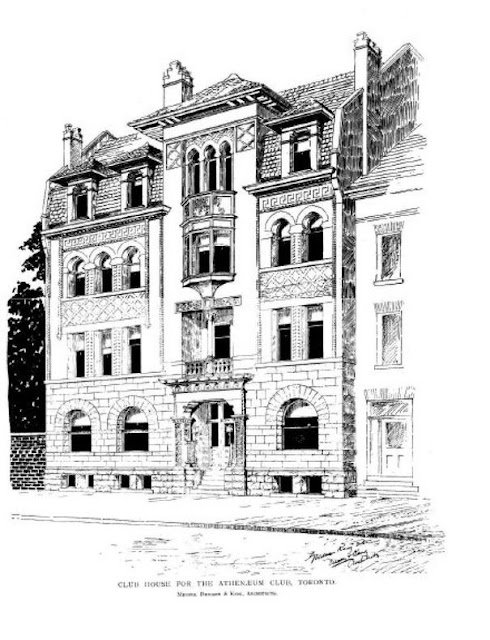 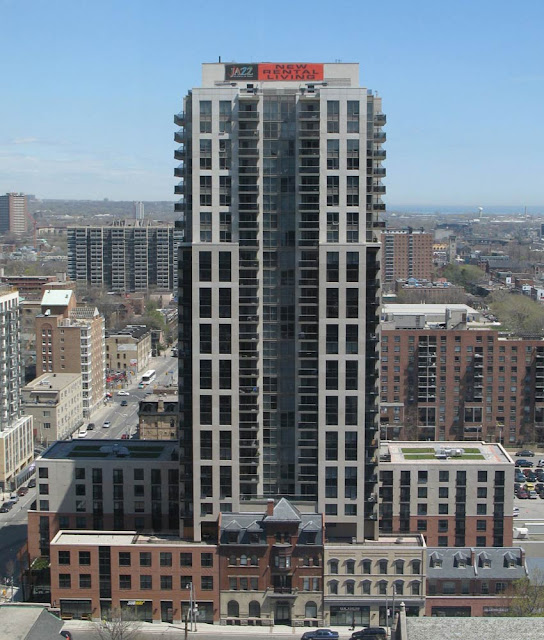