Built as a Masonic lodge between 1876 and 1878, the Occident Hall, as it was then called, was one of the first buildings designed by architect E. J. Lennox, the man behind such iconic structures as Old City Hall and Casa Loma.
Occident and St. George’s Chapters held their meeting in the building. The spacious Blue Room on the top floor, which measured 50’ by 30’ was rented for various functions. This grand hall possessed a massive domed ceiling. Most Masonic Halls in this era contained large halls that they could rent to derive income for the upkeep of the building. 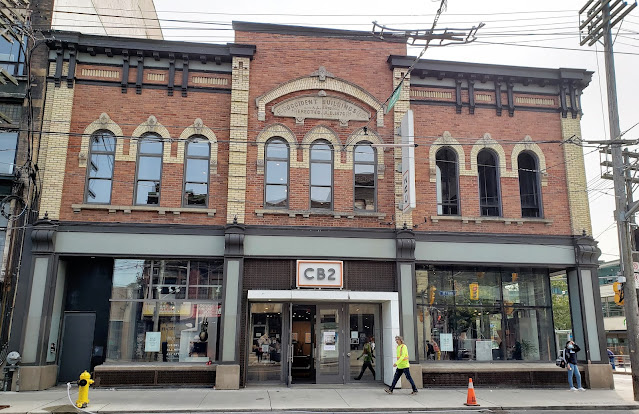 The windows on the second floor are Roman arches, but the yellow-brick trim above them is Gothic. This is an unusual design arrangement.
Click here if you want to learn more about its history. 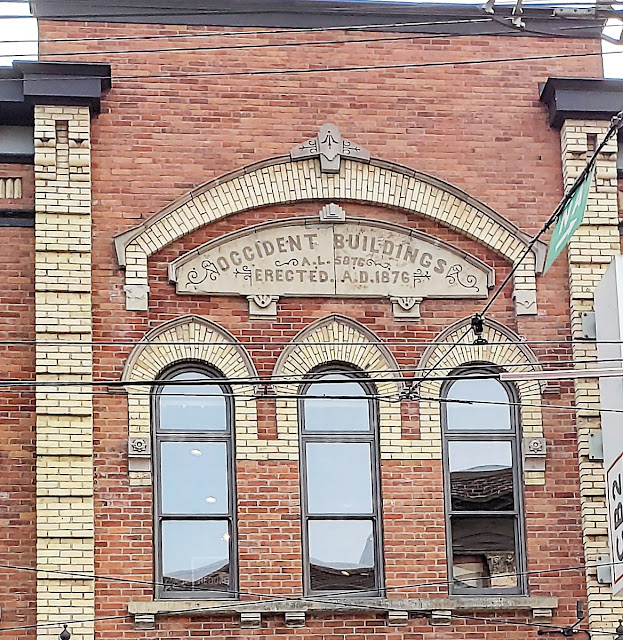