I was first introduced to the murals in Welland ON by a fellow Monday Mural contributor, Tom The Backroads Traveler from Rochester New York, who has featured most of these murals below.


'Education' by Risto Terenen. Is is based on old photographs of teachers, principal, students and school. 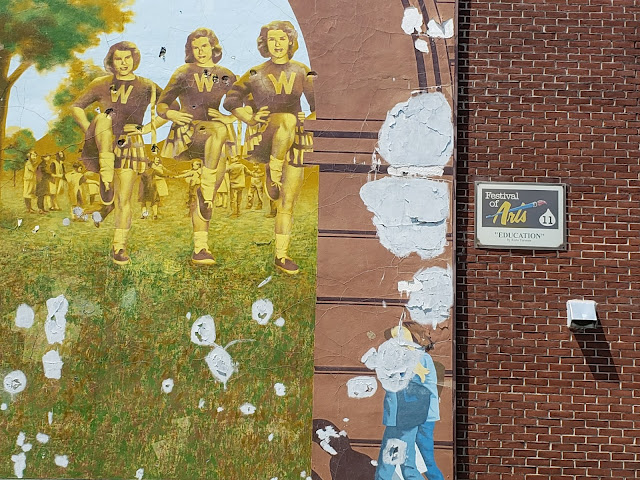 'Upbound at Midnight' by Ross Beard. Night scene of ship travelling south on the canal to Port Colborne.

'The Cordage Community' by Marsha Charlebois. Plymouth Cordage Co. employees of 1906 at work and play. 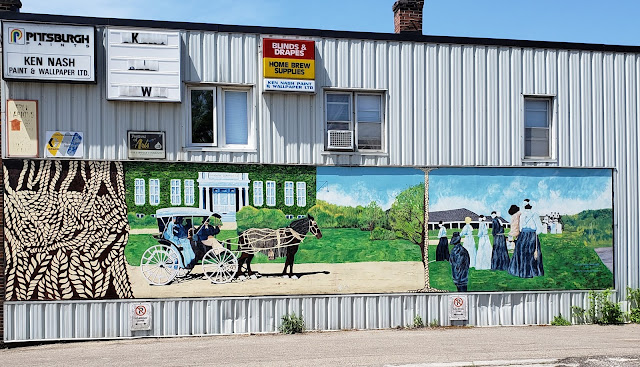 'Tell Me About the Olden Days' by Dan Sawatsky. Free standing wall portraying arrival of immigrants around 1910. 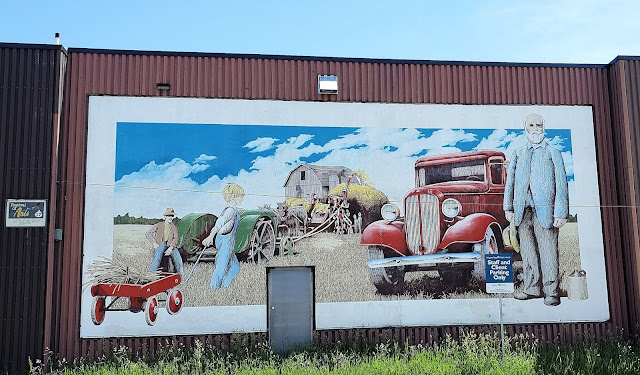 'The Welland Club' by John Hood. Lawn bowling activities of 1920 at the club.

'Tugboats' by Stefan Bell. 1920 tugboat "Hector" pulling barges and ships through the canal.

'Steam Engine' by Ron Baird. Train used in the constrution on the old canals Side fo Bell Building.