In 1858 the Anglican Church of St. John the Evangelist opened on Stewart Street to serve both the local population and the garrison stationed at the old and new forts (Fort York and Stanley Barracks). By the late 19th century, it had become a fashionable parish and the original frame structure was replaced in 1893 by a brick church on Portland Street. Designed by architect Eden Smith, the "Garrison Church" welcomed first British, then Canadian troops and their families, and met the religious needs of Toronto's militia regiments and veterans' organizations. Gradually the local residential neighbourhood was displaced by industry and the dwindling congregation could not meet the costs of maintaining the building. The church was deconsecrated and demolished in 1963. Regimental colours and other military items in the church were transferred to Canadian Forces Camp Borden. 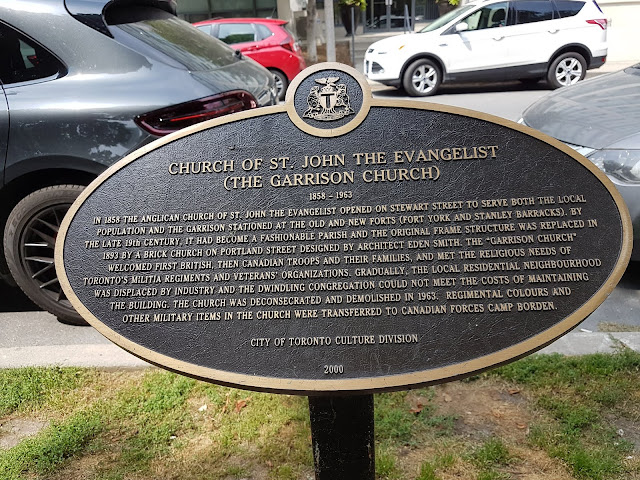 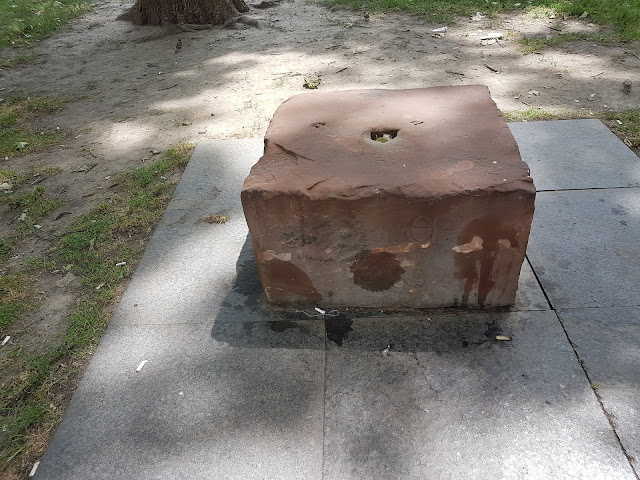