Pull Up a Seat

I couldn't do a post from Canada without including a hockey photo!

BENCHED
Removed from a game or removed from play; can be applied to any situation where one is not permitted to participate in an activity.

Derived from the sporting world where players often sit on a bench when not playing. A player can be benched for many reasons including but not limited to: playing or performing poorly or sucking, breaking a rule, disobeying the coach or leader, unsportsmanlike conduct, not following the game plan, showing up late, etc. 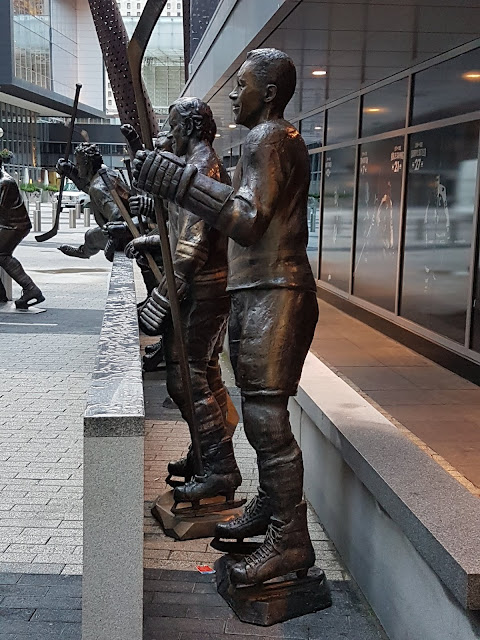 Known as Legends' Row it reminds fans of the glory days of the Maple Leafs. 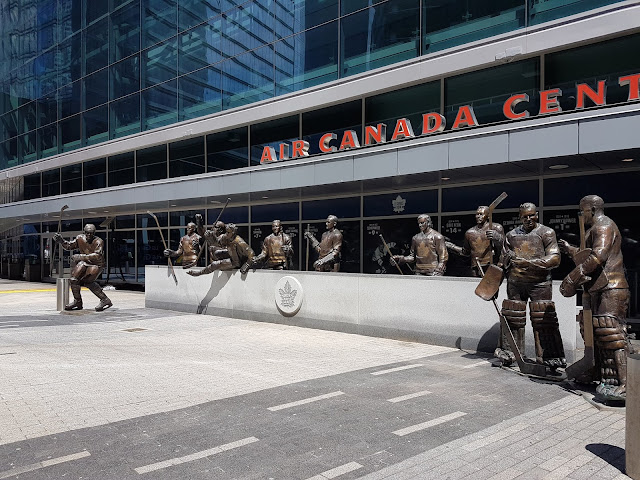 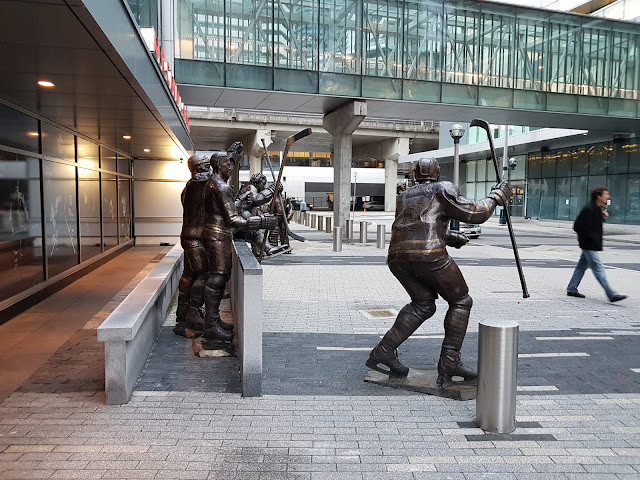