In my weekly recap I mentioned I would post more about a sculpture we had wanted to see up close and personal for the last few years.

Banda El Recodo was founded by Cruz Lizárraga, a young musician who also gave it its current appearance, including the setting, style, shape and number of current members that associated it with the place of their origin, the State of Sinaloa on the Mexican Pacific. El Recodo was named after the town Lizárraga was born in. 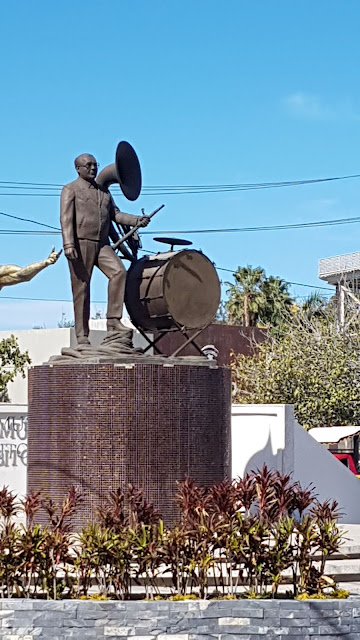 They were the first Mexican band to perform in Europe, Asia, Africa, Australia, North and South America.

They are the only band to win the Latin Grammy nine times. In 2003, Banda El Recodo became the first Mexican band to be invited to perform at The Latin Grammy Awards, repeating their performance in 2008, 2010, 2015 and 2017, which made the Mexican band with the most participation in these awards.

The ensemble consists of four clarinets, three trumpets, a tambora, a bass drum with a cymbal on top, a tarola, a snare drum, a tuba (Sousaphone style), three trombones, two alto horns (referred to as saxores or amonias in Mexico), and two singers.


Dime Que Me Quieres - Tell Me What You Want
.

They have received 12 "Premios Lo Nuestro" in their career, becoming the band with the most awards in its genre.


Winners of five Billboard Awards throughout their career in the categories "Album of the Year," "Song of the Year" and "Master Tone."


They are five-time winners of Premios Oye. 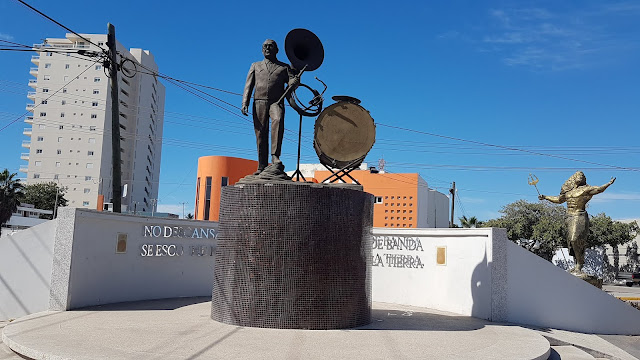 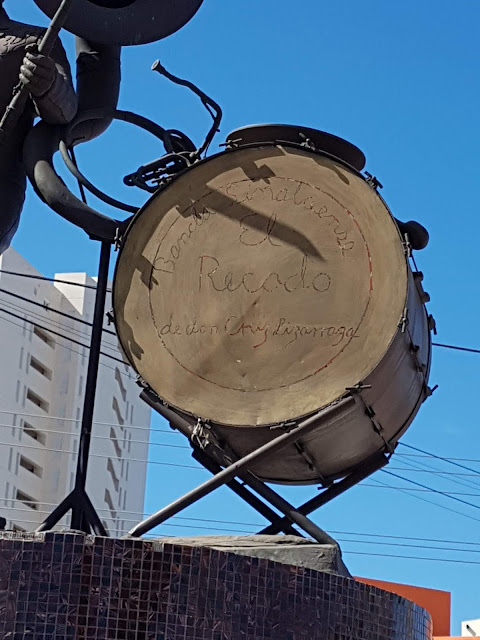 In 1999, Banda El Recodo performed at the Plaza de Toros in Mexico City, which was attended by over 50,000 fans. Tickets were sold out three days prior to the day of their performance.

In 2000, Banda El Recodo performed for  135 thousand people at the Zócalo of Mexico City.

In 2003, Banda El Recodo performed 3 consecutive days that were totally sold out at the Auditorio Nacional in Mexico City.

In 2004, Banda El Recodo became the first Mexican band to be invited to perform at the White House in front of President George W. Bush, during the Cinco De Mayo festivities.

That same year they performed again at the Zocalo of Mexico City before more than 100 thousand people.

Banda El Recodo has been the only band that has attended 3 FIFA World Cups (Japan 2002, Germany 2006 and South Africa 2010) to support the Mexican national soccer team with their music during the official games.

Banda El Recodo made a small appearance in the Hollywood cinema in the movie "Babel," which was directed by Alejandro González Iñárritu who featured their song "La Fea."
Sidenote - John happened upon the movie this week and watched it.

In 2007, Banda El Recodo’s music appeared in another Hollywood film. Their song "Qué Te Ruegue Quien Te Quiera" was used in one of the scenes of the movie Rocky Balboa. 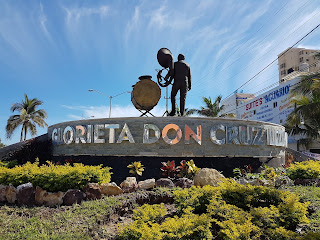 This video shows how large a band it is.

I happened to be looking through my archives (2016) and came across Don Cruz Lizárraga's star on the Walk of Fame on the Malecon, here in Mazatlan. 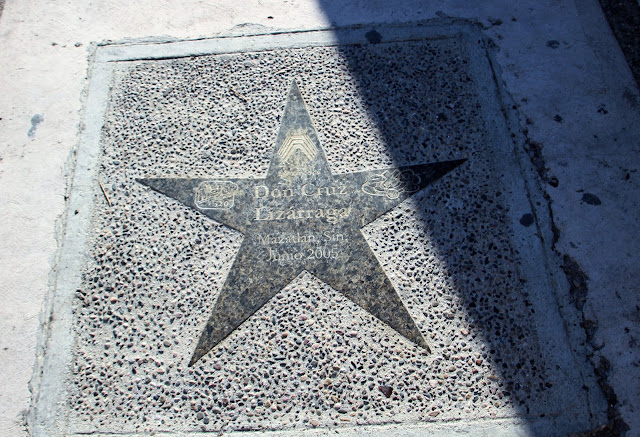