The Puerta de Dante, in the extreme southeastern corner of the Parque del Buen Retiro, is watched over by a carved mural of Dante’s Inferno. 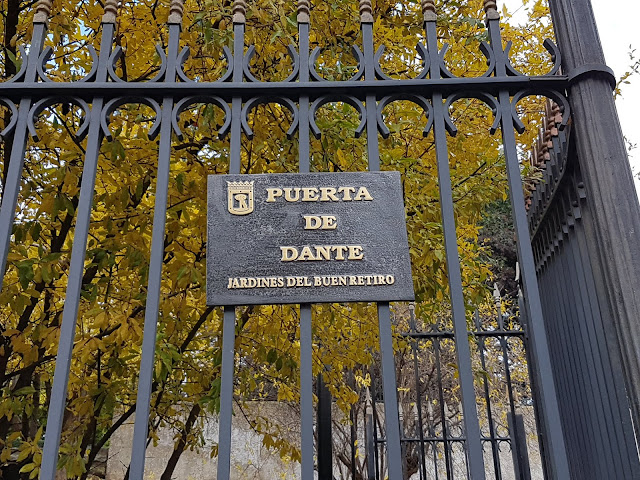 Inferno is the first part of Italian writer Dante Alighieri's 14th-century epic poem Divine Comedy. It is followed by Purgatorio and Paradiso. The Inferno tells the journey of Dante through Hell, guided by the ancient Roman poet Virgil. 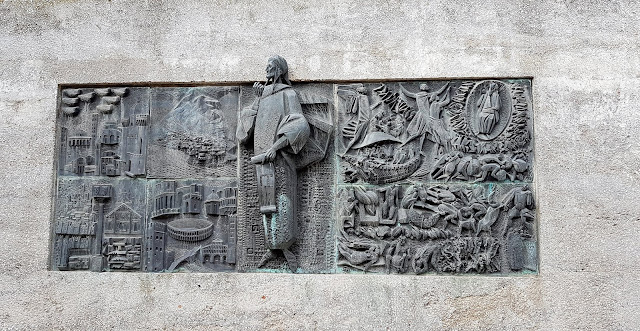 Posted by Jackie McGuinness at 9:23 PM