This building is now a Pizza Pizza (shudder) outlet at Jarvis and Church. You can just see the franchise's gaudy orange sign. 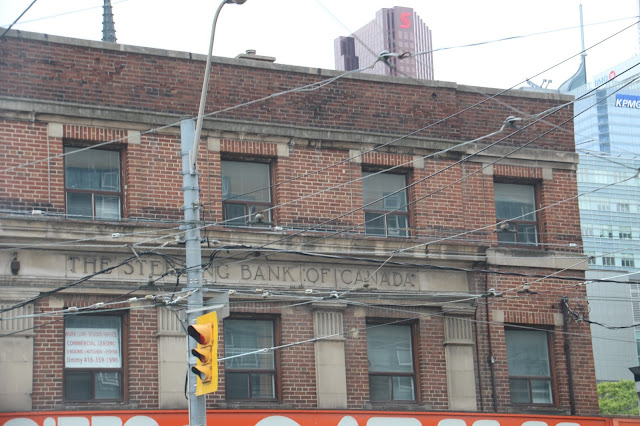 In 1900 it was the site of the home of J. Stewart, a painter by trade. In 1915 the “Sterling Bank” purchased the property. The home was demolished and the bank built a classical-style structure in which it operated one of its branches until the year 1926.

In 1927, the “Standard Bank” moved into the building, but they were unable to sustain the business after the stock market crash of 1929, which ushered in the Great Depression. They relinquished the property in 1930, and the Canadian Bank of Commerce took over the premises.
Posted by Jackie McGuinness at 12:30 AM