In 2016, John B. Quinn founded the LA branch of The Museum of Broken Relationships in the heart of Hollywood, a city of dreams – many realized and many not – which often leave broken relationships in their wake.

As with all museums there is a gift shop! 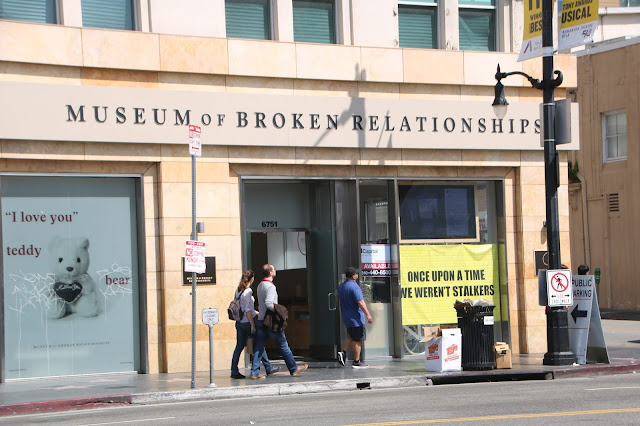 We saw the new musical Ain't Too Proud last week. It is the story of the rise of and fall of the original Temptations. I can't say enough good things about the production that is heading to New York in the spring for its Broadway introduction.


What Becomes of a Broken Heart