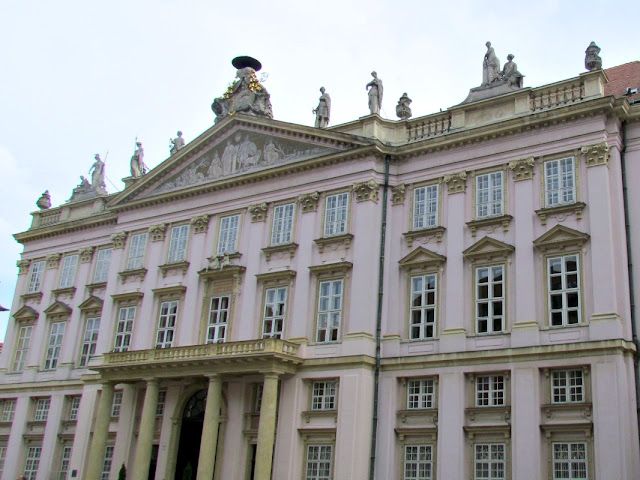 PRIMATE’S PALACE: This is located in the historic city center near the Old Town Hall  It is currently the seat of the Mayor of Bratislava. The Palace, built in 1778 and located in the centre of Old Town is considered to be one of the most beautiful buildings in Bratislava. Its pale pink and white exterior is topped with various marble statues and a large cast iron cardinal’s hat. The hat is a symbol of the Archbishop, for whom the palace was built, and of the various cardinals who lived here throughout the years. 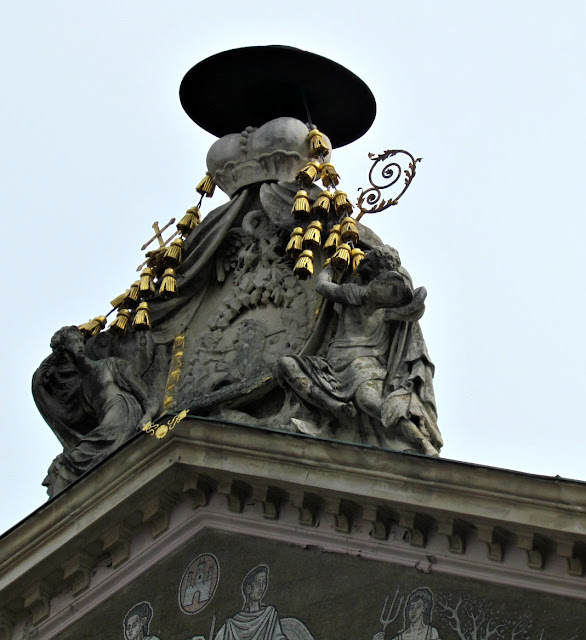 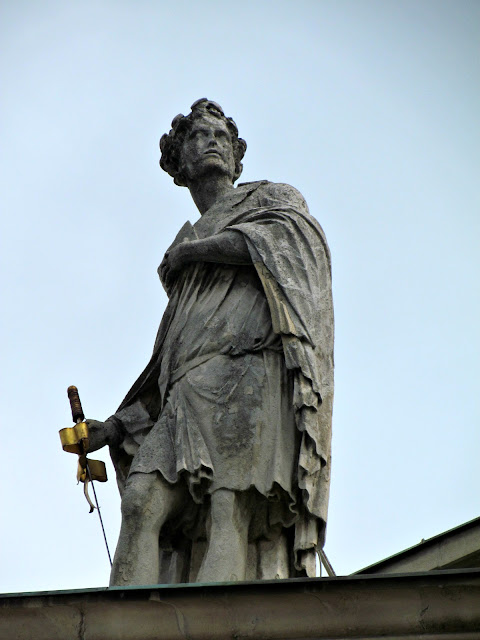 Posted by Jackie McGuinness at 6:20 PM